Undoubtedly the tale of the casting (and re-casting) of Azog and Bolg has been one of the most complicated of The Hobbit. Here, TORn staffer Arandir documents how the parts and actors got shuffled around with poor old Conan Stevens eventually losing out in the game of musical chairs. END_OF_DOCUMENT_TOKEN_TO_BE_REPLACED

I can’t recall if this has been previously revealed, but this official synopsis — more complete than the short version currently on The Hobbit website — actually has some really interesting implications if you have a read through and examine who’s listed and (more importantly), who’s not.

As folks observed after the debut of the second Desolation of Smaug trailer, Guillermo del Toro is back in the credits for his work on the screenplay. There’s a co-producer nod for the late Eileen Moran as well. Highlight the space below to read the key omissions, and some fairly hefty spoiler analysis of what those omissions could mean for the movie.

The Hobbit: The Desolation of Smaug

From Academy Award®-winning filmmaker Peter Jackson comes “The Hobbit: The Desolation of Smaug,” the second in a trilogy of films adapting the enduringly popular masterpiece The Hobbit, by J.R.R. Tolkien. END_OF_DOCUMENT_TOKEN_TO_BE_REPLACED 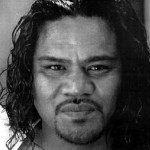 How serious are things getting on pre-pre-production on “The Hobbit”? Unconfirmed word has reached us (thanks spies!) that Lawrence Makoare (the unforgettable Lurtz, among other roles) has been asked to meet with Guillermo del Toro regarding “The Hobbit.” Certainly the versatile actor, stuntman and good guy would be great to have around the set but on a purely speculative note, do we have our Goblin King?

During my association with TheOneRing.net I have often felt very fortunate to know great people and be in great places. Sometimes I have been lucky enough to have my camera along.

Out of that vast TORn photo library that includes digital images, and old scratched negitives, I put a few images together with some music from Arjan Kiel, (with thanks to fan film ‘Born of Hope,’) to pay tribute to the whole community of TheOneRing.net.

Click on the small triangle to play and to see the best fullscreen version, click on the box at the far right.