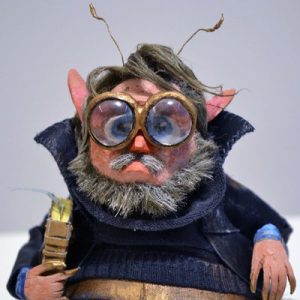 END_OF_DOCUMENT_TOKEN_TO_BE_REPLACED

There’s been a storm raging today over comments director Peter Jackson made about the process of filming The Hobbit trilogy. Staffer greendragon reflects on the debate which has been unleashed…

With the release this week of The Hobbit: The Battle of the Five Armies Extended Edition on Blu-ray and DVD, folks have been sitting down to watch the many hours of extras provided in the included ‘Appendices’ footage. Starting with an article on The Guardian newspaper’s website, one particular part of Peter Jackson’s comments (in ‘The Appendices Part 11: The Gathering Storm’) on the making of The Hobbit trilogy has gone viral online, unleashing much debate among fans who love or hate the movies.

END_OF_DOCUMENT_TOKEN_TO_BE_REPLACED While he was there, he had this to say when asked which he preferred, The Lord of the Rings or Game of Thrones. END_OF_DOCUMENT_TOKEN_TO_BE_REPLACED

END_OF_DOCUMENT_TOKEN_TO_BE_REPLACED

The gleam went out, the sun sank, the moon was gone, and evening sprang into the sky.

One for the fans! We dug into our archives and were inspired to remaster and rerelease some of our VFX reels from over the years.

Check out our YouTube channel for updates over the next few weeks. https://bit.ly/3uSdtNP