END_OF_DOCUMENT_TOKEN_TO_BE_REPLACED

The Hollywood Reporter also spoke to Smaug VFX artist David Clayton (who is nominated for an Academy Award for his work on the film) about the process of translating actor Benedict Cumberbatch’s motion capture performance into the fire-breathing creature you see on the screen in The Desolation of Smaug. END_OF_DOCUMENT_TOKEN_TO_BE_REPLACED As some of you may have noticed – something rather unexpected happened today.
While reviews for The Hobbit: The Desolation of Smaug were expected to
begin getting published this coming Sunday – the embargo was lifted early and we began getting reviews today! TORN staffers, who have been lucky enough to see the film already, will be reviewing the film soon enough. First up will be our own Quickbeam, who is currently finalizing his thoughts. In the meantime, however, we thought we’d post a couple of the early reviews for your reading pleasure. END_OF_DOCUMENT_TOKEN_TO_BE_REPLACED

“The Hobbit” is still on hold.

A report in the New Zealand Herald quotes a spokesman for director-producer Peter Jackson as saying, “Warner Brothers are running financial models about the costs of shooting in a variety of countries. We expect a decision is still a week or two away.”

This came despite a meeting today between union and management representatives, which a statement characterized as “a useful and productive discussion.” Jackson’s spokesman told the Herald that the “Hobbit” situation remained unchanged following the meeting. More.. 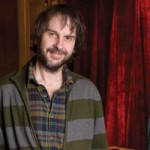