The Hollywood Reporter published their original review from 2001 here – “Quite masterfully paced and one of those rewarding movies that seems to get better and better as it progresses, Fellowship justifies its long running time. The real pain that Frodo feels at causing his friends to be in danger, his doubts and his fears are the central drama in a tale with many outlandish and beautiful moments.” 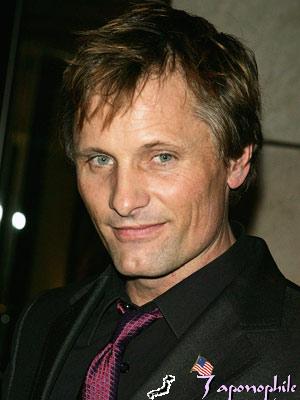 The Inquisitr put together a recap of some of the major actors in the trilogy, then and now, most of which the fans who frequent TORn will be familiar with – “Strider/Aragorn: Viggo Mortenson was a lesser-known character actor prior to starring as Aragorn. Since then, he has starred in multiple films, gaining him critical acclaim and numerous Golden Globe, Saturn Award, and Academy Award nominations for best actor. He recently starred in the comedic drama, Captain Fantastic, for which he has received a SAG nomination, and his third Golden Globe nomination for Best Actor.” 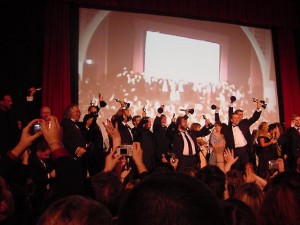 Variety bets there are: 16 Things you Didn’t Know About the Making of The Lord of the Rings. Yes, they’re talking about our own TORn Oscar parties in point 16 here; although we have a point 16 1/2 that they didn’t mention: cast and crew showed up for the Two Towers party as well – “Fans were key: “During our whole process of production on the film, we would stay in touch with the core fans all around the world through these Internet sites, even involve them in the process as casting ideas arose, getting feedback from them,” said New Line’s Michael Lynne. “Peter was one of those crazy, goofy fans, so he understood that.” To the delight of hundreds of devoted fans, Jackson and several cast members showed up at the Oscar night fan celebration down the street from the Oscars at the parties for both “Fellowship” and “Return.”

Huffington Post adds to their LOTR-related articles this week with the scoop on The Real Reason David Bowie wasn’t in The Lord of the Rings. – “HuffPost spoke with casting director Amy Hubbard in honor of the 15-year anniversary of the release of “The Fellowship of the Ring,” and she finally revealed the real reason Bowie wasn’t in the trilogy: he was just too busy. Hubbard confirmed Jackson was interested in Bowie possibly taking on the role of Gandalf.” 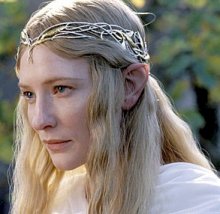 Last, but not least, Bustle features an interesting read on: Why the Lord of the Rings: The Fellowship of the Ring’s Female Characters are Just as Important as the Males. Note that the link in the article below leads to an archive of TORn’s own message boards! “When the highly-anticipated first movie of The Lord of the Rings trilogy was released in theaters on Dec. 19, 2001, it began with voiceover narration about the origin of the ring by none other than Blanchett’s character Galadriel. This was a decision that Jackson had to make since no such narration exists in the book. Beyond Blanchett being an incredible actor and starting the movie off strong with a commanding tone, the choice to have Galadriel do the narration made sense from a storytelling perspective as her character was alive when the rings were forged. However, in that same vein, fans have argued that Jackson could have had Sir Ian McKellan’s Gandalf or Hugo Weaving’s Elrond provide the narration. Yet, Jackson chose to feature Galadriel for the opening moments of the film — showing that this female character is massively important to The Lord of the Rings world.”