END_OF_DOCUMENT_TOKEN_TO_BE_REPLACED

Last week saw the online release of Viggo’s powerful and moving directorial debut, Falling. You can rent or buy the movie now on Amazon or iTunes. It’s a profound, compelling piece about families, love, and dementia. Viggo and Henry will be chatting about the movie, and about the power of story telling, at 5pm PT/ 8pm ET tomorrow; find TORn Tuesday on YouTube or Facebook. Don’t miss it! 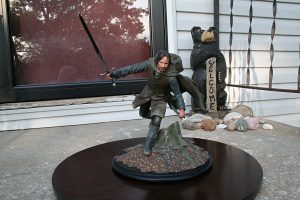 Over the summer I got a chance to sit down and finally review one of my favorite pieces, and my favorite version, of the character Aragorn. This outstanding piece from our friends at Weta Workshop has long been sold out, with eager collectors snapping it up during the early bird pre-order stage. So while you may have to go to the secondary market if you want to get him yourself, I hope you use this review to see it is absolutely worth tracking down.

END_OF_DOCUMENT_TOKEN_TO_BE_REPLACED

Finally it came down to a duel between Elrond Half-elven and Gollum. The votes have been counted, and we can now announce, this year’s winner is…
END_OF_DOCUMENT_TOKEN_TO_BE_REPLACED