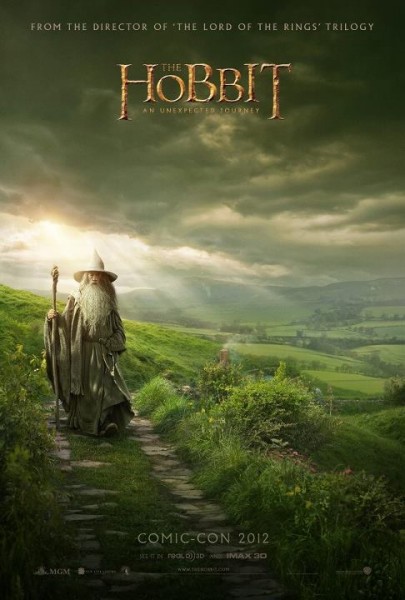 So over the last 24 to 48 hours, there’s only been about half a billion articles posted across the interwebs about the Hall H presentation. Then add an equal number of video interviews that Peter Jackson, Philippa Boyens, Martin Freeman, Ian McKellen and Richard Armitage have been doing about The Hobbit.

Talk about feast or famine!

So without further ado, here’s a round-up of the latest ones, and a bit of a summary for many of the articles to help you decide what to read or watch.

Bootnote: big props to everyone who has been sending in links to spymaster at theonering dot net — you’re all ace! And be sure to drop us a line if you think you have a scoop about the production — we’d love to hear from you!

It seems as though much of the material from the press conferences has already found its way into articles below. However, if you’re keen to watch it for yourself here’s a couple of Youtube videos of variable quality to have a looks at.

Choice quote: I was struck by just how emotional people were talking about the film, talking about anticipating the film. With each question came a preamble about what the previous films have meant in people’s lives. So all cliches aside, it’s a really nice thing to be part of something that actually touches people, genuinely touches people. It’s quite a lovely thing. Martin Freeman.

Bootnote: It’s worth a watch just for McKellen’s words: “And there are people who say: “Oh we don’t need 3D, we’re used to 2D. Bollocks! 3D is life! We’re in 3D now. And the brilliance of Peter’s 3D is that it doesn’t come out at you, you go into it.”

What: Jackson and Serkis speak extensively about the technical advances since Lord of the Rings was made, and the choice to film digital, 3D and 48 fps. They also touch on how much easier motion capture for Gollum is, and the effect that has on those scenes. Martin Freeman talks about constantly having to look two-feet above McKellen’s eyes when acting scenes, and Ian McKellen talks about returning as Gandalf the Grey (as opposed to Gandalf the White).

“48 fps is way better for 3D. One of the things with 3D is that it does accentuate the strobing because you’re getting it in two eyes from two cameras that were filming. Once you go to 48, it’s much smoother. There’s no eye strain and no headaches.” Peter Jackson.

Who: Andy Serkis and Ian McKellen

What: Mostly chat about the on-set feeling of reprising Middle-earth again from some comments given to MTV.

“We’re all a little bit older, and there are more children about on set. The crew is fantastic. Literally, it is a bit of a time warp actually, isn’t it? Because they’re exactly the same people doing exactly the same jobs. Apart from that, the energy and the feel of it is pretty similar.” Andy Serkis

What: More talk about the potential for that third hobbit film, although hardly much more than we reported ourselves the other day.

“We have certainly been talking to the studio about some of the material we can’t film, and we’ve been asking them so we can do a bit more filming next year. I don’t know what would come of that, whether it’d be extended editions or whatnot. But those discussions are ongoing.” Peter Jackson. 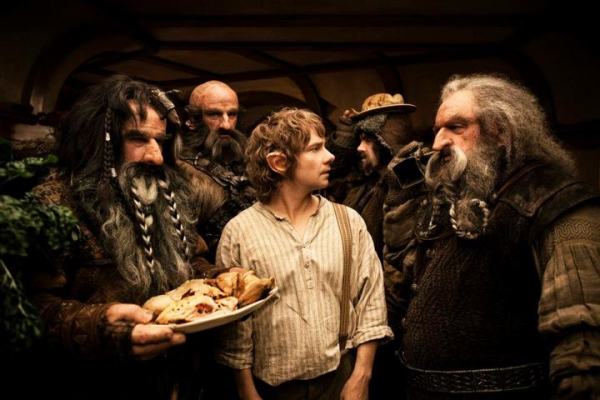 What: Unlike most of the other video interviews, which were on the press line just before the showreel, Crave got a chance to sit down with Jackson after the presentation in Hall H. Some interesting stuff in this one about how technology affects story, and the necessity of providing a “visceral experience” to attract modern audiences to the cinema. He also discusses possibility of more Tolkien adaptations though, to be frank, any clued-up Tolkien afficionado has known the answer to the Silmarillion movie question for ages.

What: Serkis, McKellen, Freeman and Armitage dropped by MTV’s booth on their way to Hall H and chatted about what’s new and what’s the same about returning to Middle-earth. Apparently, McKellen didn’t find life too different in “The Hobbit,” even though it’s been shot a decade later and takes place 77 years before “The Lord of the Rings.”

What: Jackson talks about how fate may have played a part in GDT’s having to step away from directing The Hobbit, a little bit on how The Hobbit tonally compares to The Lord of the Rings, and finally, some more reinforcement that 48 fps might just be the future of cinema. 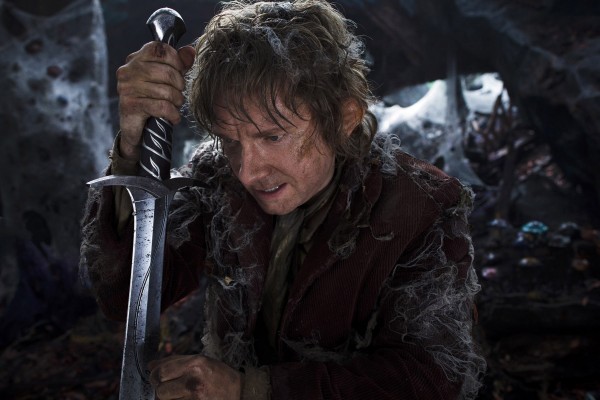 Choice quote: “Well, it’s the origin of the journey of the Ring. Obviously in Lord of the Rings, we’ve established how Gollum arrives in the Misty Mountains and how he’s killed his cousin, Deagol, and become craven and possessed by this thing.”

“And there he’s lived for 540 years until Bilbo Baggins comes along. And so the passage, [of Riddles in the Dark] references the book very strongly. But Gollum at this point… the way that we have defined him in this film is along the same lines as he was in Lord of the Rings. So the Smeagol and Gollum parts of the personality are vying equally.”

“He’s never talked to anyone for 500 years. So when Bilbo arrives, he’s very excited.”

What: Jackson says we can expect to see little glimpses of Smaug in An Unexpected Journey! Now there’s a big surprise!

“You won’t see him incredibly clearly, but he definitely plays a role… um … I won’t say anything else.” Peter Jackson.

Summaries of the showreel footage, production video and panel Q&A

In addition to our own extensive showreel summary by staffer maegwen, there are a number of articles out there revealing extra little details of what was shown in Hall H.

Naturally, all of these articles contain spoilers. 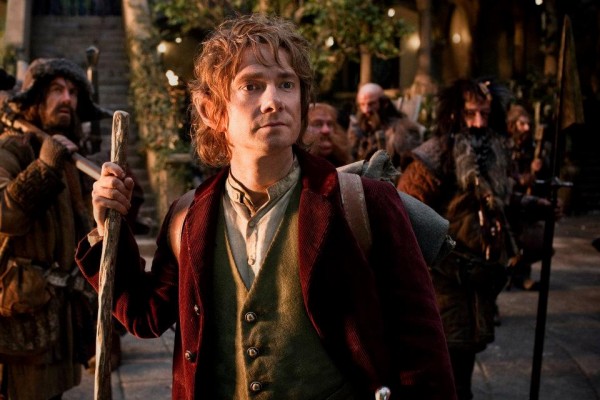 Finally, a few observations about the showreel footage from Ringer dwnfalofnumenor who was in Hall H and took some awesome photos of the panel.

I will say that one of the best and “goosebumpy” scenes is when you see Gandalf about to enter Dol Guldur. When he tells Radagast to go and never come back, it sets up such a tension for the scene to follow with Gandalf running through the labyrinth of the Necromancer’s lair.

[It was eerie] to watch Thrain scurrying around in the dungeon — it was like Thrain was hunting Gandalf and luring him in for the kill. Very cool scene.

In the scene with Gandalf and Galadriel, Sir Ian plays the part to perfection. You can see the heavy burdens he (Gandalf) carries in his eyes, if that makes sense.

Also, in the scene where Bilbo says he found his courage, it’s very reminiscent of when Ian Holm tells Gandalf about the ring in his pocket in Fellowship of the Ring. When Martin utters the line about finding his courage, he does a perfect job of having his voice betraying him (Bilbo) because Bilbo doesn’t have the courage to tell Gandalf about the ring (in that scene).

Is there something we’ve missed? Drop us a line at spymaster at theonering dot net.