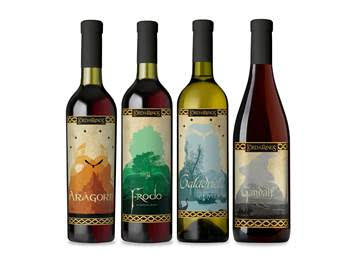 END_OF_DOCUMENT_TOKEN_TO_BE_REPLACED

Check your calendars. This is not, I repeat NOT one of our famous (or infamous) TORn April fools jokes. Variety broke the story tonight that Warner Bros. is in talks with Amazon to develop a series based on J.R.R. Tolkien’s Lord of the Rings novels! According to Variety, Amazon CEO Jeff Bezos is personally involved in the negotiations, which are still in the very early stages.

END_OF_DOCUMENT_TOKEN_TO_BE_REPLACED

There is a lot more to come on the new Middle-earth film collection from us here at TheOneRing.net. To be honest, the greatest discussions of Tolkien happen behind the scenes with the staff via email from staffers with recognizable names and ones that get less attention but who are still wicked smart. It is all pretty interesting. There is lots of great commentary and info to come from that staff.

Staffer Deej (soon to be part of the TORn team appearing at Dragon Con) posted our original story.

But, lets get to the nuts and bolts of what is being released on Nov. 1. while sticking to the facts — with minor background info as notes.

So see, that $800 price tag rumor was bogus; it is one Abraham Lincoln penny less than originally thought. Lets have a look at the promotional material. END_OF_DOCUMENT_TOKEN_TO_BE_REPLACED