Daedalic Entertainment’s upcoming stealth-based game “The Lord of the Rings: Gollum” had its first teaser trailer drop a couple of days ago on gaming and entertainment company IGN’s YouTube channel.

It’s been a while since we’ve had a decent LOTR game and while this upcoming release focuses on the non-hero non-Fellowship type character, it’s nice to see Tolkien’s world getting some mainstream gaming action.

Also unlike previous LOTR games, Gollum will take on a different play style, moving away from swords, bows and arrows etc in favour of stealthy traversal. Stealth and vertical parkour-style movement will be familiar to fans of game franchises like Assassins Creed, Prince of Persia etc.

It’s not all stealth-play though as lead game designer Martin Wilkes describes the combat “Gollum doesn’t use weapons, but he can distract enemies with throwables. In parts of the game, he will also profit from the abilities of special allies and can use the environment to his advantage.”.

Outside of gameplay mechanics, the game will focus more on Tolkien’s original story and drawings along with some common themes shared with the movies. “Peter Jackson’s movies are fantastic but our game is based on the original book license,” continues Martin. “Our world follows the same descriptions and is also in parts inspired by the same artworks as were the movies. Their influence on popular culture has been tremendous, so we have to be mindful of players who might only know Middle-earth from the two film trilogies.”

What about the story and Gollum himself? “Gollum’s overall goal in the game?” adds Wilkes. “Well, that’s a bit more complicated. Obviously, Gollum wants to escape his captors and retake the Ring (and hopefully get his hands on some nice fish along the way). After some time, though, the Sméagol-side causes trouble and distractions and opens up new, conflicting goals that we cannot talk about yet.” 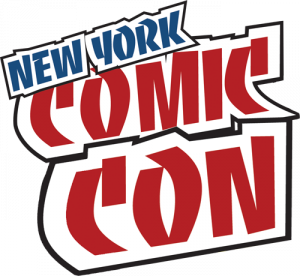 New York Comic Con is almost here! Alas, TheOneRing.net won’t be there this year; for a number of reasons, we aren’t able to have our usual booth and party at this NYCC. But don’t despair – it doesn’t mean we’ll never be back! We are hoping to see Ringers take Manhattan again next year – so mark your calendars to moot in the Big Apple 2018.

Meanwhile – for those of you who will be in New York City this coming weekend, there is an event for Middle-earth fans! Our friends at Warner Bros. Interactive Entertainment and Monolith Productions are celebrating the Middle-earth: Shadow of War game with a special gathering on Thursday 5th October. Full details can be found here.  We’re told there will be food, drinks, giveaways and more! Even if you’re not a gamer, it seems like a great chance to hang out with some fellow Middle-earth fans. Limited capacity so get there early!

And if you are at New York Comic Con this weekend, please do share with us any Tolkien related sightings or fun. Have a great time!

For more information or to join the Middle-earth: Shadow of War conversation, visit www.ShadowofWar.com
END_OF_DOCUMENT_TOKEN_TO_BE_REPLACED Warner Bros. Interactive Entertainment today announced Middle-earth: Shadow of Mordor Game of the Year Edition.  The expanded version of the award-winning third-person open world action game, developed by Monolith Productions will launch May 5 for $49.99 on the PlayStation®4 computer entertainment system, Xbox One, the all-in-one games and entertainment system from Microsoft and Steam on Windows PC.
END_OF_DOCUMENT_TOKEN_TO_BE_REPLACED

I disagree. The core of TLJ debate is fresh compelling filmmaking vs catering to the comfortable desires of lifelong fans.

The key to avoiding it with the Amazon show is to know that if you want a "perfect" version of the story, read the book. And enjoy the show for what it is. https://twitter.com/theoneringnet/status/1351636418674659328

The Last Jedi discourse is many things, but core debate is whether the filmmakers truly understood the source material... based on where they took it.

Lord of the Rings TV show will have even stronger debates (if thats even possible) and that's the main cause of anxiety.

Your weekly reminder that, no, they do NOT have "this" covered with truth.