What lessons can Amazon learn from the team that’s been there & back again? Let’s find out! Join TORn Tuesday hosts Cliff Broadway and Justin Sewell for an epic All-Star LOTR panel tomorrow! Joining us will be Mark Ordesky (Executive Producer), Sean Astin (Actor – Sam Gamgee), Rick Porras (Co-producer), Jim Rygiel (Visual Effects Supervisor), Michael Pellerin (Producer, multiple LOTR & Hobbit documentaries), Keith Stern (Ian McKellen’s Digital Manager), and Sala Baker (Actor – Sauron), as we all relive memories of filming LORD OF THE RINGS. What were those early days on set like? Did producers follow the fan discussion online? What made this effort so special? Get your deep knowledge questions ready for this multi-Oscar winning team and join the Live chat tomorrow 5pm PT. There are three options to watch the live stream, each of which let you comment and ask questions of your own:

This just in from Newstalkzb.co.nz: according to an unidentified senior member of the Auckland film industry, a ‘huge’ part of Amazon’s new series will be filmed in NZ. According to the article,  Kumeu Film Studios and Auckland Film Studios are mentioned specifically to be involved. The insider told the Herald that an announcement could be expected soon, as the leases are due to take effect in July. Apparently, the two studios mentioned have been working on pre-production for more than a year. However, everyone was required to sign confidentiality agreements. The insider source did mention that an official announcement should be coming soon, as the leases related to starting production are due to take effect in July.

According to their websites, both Kumeu Film Studios and Auckland film studios offer sound stages, workshops production offices and, at Kumeu studios, 12 hectares (30 acres) of forest and large water tanks (which could come in handy should the series include the destruction of Numenor at the end of the 2nds age). Of course, location shooting will also be an option in order to take advantage of the same natural beauty and diversity of the various landscapes that made The Lord of the Rings films so memorable.

How does this new rumor fit in with previous rumors that filming was going to be done in Scotland? Given the ease of communicating globally these days, there’s no reason both countries (or more) can’t be involved. The film industry insider’s comment that a ‘huge’ part of the series will be filmed in New Zealand also implies that at least part of it will not. In any case, it sounds like we’ll be getting more updates in the near future! Stay tuned to TheOneRing.net as we keep you posted! 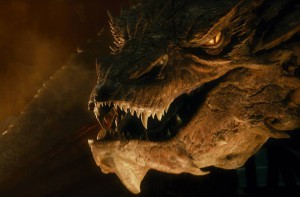 There are some very interesting match-ups in round one this year.

In one of the more intense match-ups in the Movies Only division, Tauriel is up against the Warg Matriarch, Azog’s vicious white warg. A perennial TORn fav, FIGWIT (stay-tuned for the story behind the name if you don’t know it already) takes on Alfrid, and it’s anybody’s guess as to who will come out on top in the match-up between Sebastian the Hedgehog and the Goblin Scribe.

The Books Only division is chock-full of interesting matches such as Ghan-buri-Ghan vs. Quickbeam, and The Fox (who wondered at Hobbits traveling through The Shire in FOTR) vs. Prince Imrahil.

It was almost impossible to narrow down the Movies & Books division with so many amazing choices, but there are some gut-wrenchers in the contests as they stand with Beorn going up against the Balrog and Shelob battling Sauron.

Finally, some of Tolkien’s Titans go mano-a-mano in the Wider Mythos division, with two powerful dragons, Ancalagon and Glaurung battling it out, and Beren and Huan facing each other in what is sure to be a close call.

A note on how the bracket combatants were determined. TheOneRing.net created a document containing all combatants, sub-divided into divisions. We asked staff to cast sixteen votes per division, with the votes having a weight of 1-4. Each staffer cast four 4 votes, four 3 votes, four 2 votes and four 1 votes in each division. We then totaled all the votes from each division to determine their rank, and ultimately placed the top 16 into each bracket for seeding.

As you can imagine, our staff is diverse and the results were very interesting! Not only are there some great match-ups in this first round, the final four will pose some amazing choices between the various literary and film sources.

Voting in Round 1 will remain open until March 22nd at 10:00 p.m. EST. At that point, we’ll calculate the winners and post the next round on March 23rd. Follow after the break for a complete bracket image [download it], and to vote on all of our Round 1 match-ups! [Round 1 Bracket]
END_OF_DOCUMENT_TOKEN_TO_BE_REPLACED

TheOneRing.net isn’t the only news site reporting on the 15th anniversary of the release of The Lord of the Rings: The Fellowship of the Ring this week. Leigh Blickley, Senior Editor at The Huffington Post, takes us on a bit of a walk down memory lane in her article that looks back at the many people and circumstances that came together to produce the fantasy classic.

“Fifteen years ago, Hollywood was abuzz as director Peter Jackson geared up to release the first installment of his screen adaptation of J.R.R. Tolkien’s fantasy novel, The Lord of the Rings. The film series was the talk of the town, considering Tolkien fans were chomping at the bit to see Jackson’s cinematic imagining of Middle-earth. The somewhat unknown filmmaker took on one of the most expensive and ambitious projects in cinema history, and many worried he would flounder in bringing the beloved epic to life.

Well, Jackson delivered something far more incredible than what anyone was expecting.”

We have to agree with you, Leigh! But, we’re not the only ones. Later in the week we’ll take a look a the many reviews of stunned (in a good way) critics and fans alike. In the mean time, you can read the full HuffPost article here.