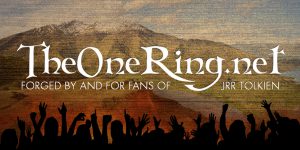 We’ve teamed up with our friends at Gemr to create a collectors community for fans of Middle-earth. TheOneRing.net’s collectors community takes Collecting The Precious to another level, allowing fans to come together and chat about their collections, show their collections, and be a part of Collecting The Precious. We’re super excited to put this out there, and we hope you all love being a vital member of our Fellowship as we show how we collect the precious.
END_OF_DOCUMENT_TOKEN_TO_BE_REPLACED The Fellowship of the Ring is now complete. As you may know from following our news and reviews of this set, Weta Workshop created a three piece set of The Fellowship as they crest the hill from that memorable scene in The Fellowship of the Ring. You can still order Set 1 and Set 2 from Weta’s website. Tonight, we get to complete the trio of pieces with Set 3 going up for Pre-Order with this piece of the trio containing Samwise, Aragorn, and of course Bill the Pony. This set comes in at $200 like the other two sets and will be shipping in September/October of this year. Make sure to get your order in now to get yours in the Fall.