Wondercon kicks off in a few hours in Anaheim, California and J.R.R. Tolkien and TheOneRing.net will have a big presence this year. On Friday afternoon at 4:30pm, the panel for Tolkien, Fox Searchlight’s historical biopic about the early life of the author who would create Middle-earth will give numerous glimpses into the what the film has in store for audiences. The panel discussion will include Director Dome Karusoski, and actors Nicholas Hoult, Anthony Boyle, Tom Glynne-Carney and Patrick Gibson. The Panel will be moderated by our own Clifford “Quickbeam” Broadway, and will be in the Arena at the Anaheim Convention Center. More details can be found at the WonderCon sheduling page here.

On Saturday we will be having our own panel discussion at 3pm in room 213CD covering the Tolkien film, the Morgan Library exhibit in New York and all the activity regarding the Amazon Middle-earth TV Series. We will also have a very special surprise for attendees that you won’t want to miss. In fact, you should make plans to be occupied for the rest of the evening on Saturday. We can’t say much more, but if you have been paying attention to the internet chatter about Wondercon, you may know the surprise already. Just look for “There and Back Again: A Tolkien Store” at Wondercon and come visit us. Details can be found here.

Today we’re happy to bring you yet another Exclusive from our friends at FOX Searchlight Pictures: a brand new movie poster for the upcoming “Tolkien” movie.  For the next two hours, from 7:00 a.m. PST to 9:00 a.m. PST, you’ll only be able to see the poster here on TORn!

END_OF_DOCUMENT_TOKEN_TO_BE_REPLACED

Less than a month after the debut of 56 second long ‘teaser’ trailer to “Tolkien,” Fox Searchlight Pictures released another, longer trailer today for the much anticipated movie. The new trailer starts with an introduction by Nicholas Hoult and Lily Collins. It runs 2 minutes, 23 seconds. In it, we see more details of the relationships in Tolkien’s early life with his future wife Edith Bratt, and the”fellowship” of friends who formed the Tea Club and Barrovian Society.

END_OF_DOCUMENT_TOKEN_TO_BE_REPLACED

As promised, today we have a very special treat for our readers. Our friends at FOX Searchlight Pictures are letting TheOneRing.net host the premier of the trailer of their highly anticipated movie “Tolkien.”  For the next two hours, from 7:00 a.m. PST to 9:00 a.m. PST, you’ll only be able to see the movie trailer here on TORn, after which it will go live on The FOX Searchlight Pictures site.

END_OF_DOCUMENT_TOKEN_TO_BE_REPLACED 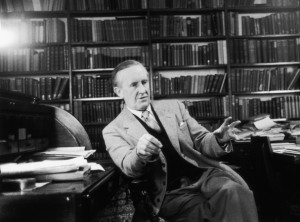