The saga of the most famousests of pubs for Tolkien enthusiasts continues!

Shuttered during the pandemic, it’s unclear what’s ahead for The Eagle and Child. However, according to this brief from BBC.com, the owners at St. John’s College are back to exploring options.

We’ve posted quite a bit over time about this Inkling’s hangout. Click here and here for some look-backs. 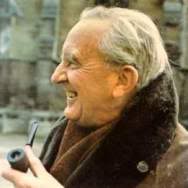 END_OF_DOCUMENT_TOKEN_TO_BE_REPLACED

129 years ago today, in Bloemfontein Africa, a very special person came into the world: John Ronald Reuel Tolkien. Forty-five years later, in 1937, his book The Hobbit, was published which he had written for his children. Together with its sequel, The Lord of the Rings, it launched generations of readers on adventures through the invented world of Middle-earth; adventure that would impact many of us for the rest of our lives.

One of the greatest ways Tolkien has impacted many of our lives is through the friendships we’ve made from having read Tolkien’s books and/or watched Peter Jackson’s movies of the same. Tolkien himself made lifelong friendships as a result of his writing endeavors, sharing many a pint critiquing yet-unfinished works at the Eagle and Child pub in Oxford with friends C.S. Lewis, Charles Williams, and others. Today, countless discussion forums, websites, and clubs carry on the tradition of those discussions, sharing ideas about Tolkien and his writings with like-minded fans and, yes, dear friends.

Today, TORn celebrates life of J.R.R. Tolkien and the inspiration and friendships he has given us. To express our thanks, we’re continuing our theme of the day of Tolkien quotes, this time with quotes having to do with friendship from The Lord of the Rings:

“I name you Elf-friend, and may the stars shine upon the end of your road”

– Gildor to Frodo (The Fellowship of the Ring: Three is Company)

“You can trust us to stick to you, through thick and thin – to the bitter end. And you can trust us to keep any secret of yours – closer than you keep it yourself. But you cannot trust us to let you face trouble alone, and go off without a word. We are your friends, Frodo.”

– Merry to Frodo (The Fellowship of the Ring: A Conspiracy Unmasked)

“Though all the mighty elf-friends of old, Hador and Hurin, and Turin, and Beren himself were assembled together your seat should be among them.”

– Elrond to Frodo (The Fellowship of the Ring: The Council of Elrond)

“You will meet many foes, some open, and some disguised; and you may find friends along your way when you least look for it.”

“Twice blessed is help unlooked for, and never was a meeting of friends so joyful.

– Eomer to Aragorn (The Return of the King: The Battle of the Pelennor Fields)

Pippin (The Return of the King: Many Partings)

In a People Magazine exclusive, the campaign to purchase the Tolkien estate has officially launched!

Lord of the Rings stars Sir Ian McKellen and John Rhys-Davies are embarking on another epic adventure.

Rather than crossing Middle Earth to battle the evil forces of Sauron, however, the British actors have joined a fellowship to save 20 Northmoor Road, the Oxford house in which J.R.R. Tolkien wrote The Hobbit and The Lord of the Rings, in advance of it being put on the market by realtors Breckon & Breckon.

The initiative, called Project Northmoor, starts crowdfunding on December 2 and hopes to raise $6 million to purchase the home and create a literary center in honor of Tolkien. It is also supported by The Hobbit star, Martin Freeman.

You may notice a familiar face in the campaign video. Yes, that is in fact TheOneRing.net’s very own Quickbeam – Clifford Broadway!

If you are interested in supporting this monumental effort, lend your support visit Project Northmoor.

Principle photography was completed on this film a little over a year ago and the first test audience screenings began in June, so we’ve been waiting quite a while for this release date to be announced. This film will open on May 10, 2019 in a limited release, as is usual for indie films. This is good news if you live in big cities that typically get art films, but others may have to make a little more effort to get out and see it. Once we get word on just how many theaters it will open in and whether it will go into a wider release, we will share that news here. Also, there are those among us who have seen the film, and once permission has been given you can expect a review or two. But first, just what is this film about and when is it set?  END_OF_DOCUMENT_TOKEN_TO_BE_REPLACED