Ian McKellen has called it his ‘last big Shakespeare part’ – and now you have another chance to see it! Last year’s high acclaimed Chichester Festival Theatre production of King Lear will play at London’s Duke of York’s theatre, (which happens to be the theatre where McKellen made his West End debut, 54 years ago), from 11th July this summer.

You can read more about Jonathan Munby’s production here. Sir Ian tweeted this morning about the 100 show run. Tickets will go on sale on Monday 12th February.

END_OF_DOCUMENT_TOKEN_TO_BE_REPLACED 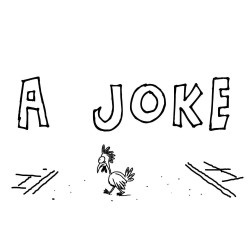 As we mentioned on our Facebook page last week, Sylvester McCoy is currently appearing (along side fellow geek-favourite Robert Picardo, of Star Trek: Voyager fame), in a play in the Edinburgh Fringe. Dan Freeman’s comedy A Joke stars McCoy and Picardo, along with Richard Oliver – and is a brilliant piece of absurdist comedy and meta-theatricality. Cleverly written, the play is performed in the round (or square, to be more accurate), and plays with and subverts the expectations of humour.

Freeman’s piece is startlingly good, as are the three players. Packed with delightful, laugh out loud moments, as well as thought-provoking writing, this is definitely one to see. If you’re in Scotland, you have until Saturday 26th August to catch it. If you’re not in the area, well, perhaps you can help to bring the play to other venues; or help to support a filmed version of the show. Check out details on Freeman’s website, here.

You can read All Edinburgh Theatre’s review of the show here; and full details on how to get tickets are here. TORn’s greendragon saw the show last week and was absolutely charmed by it; do see it if you can! 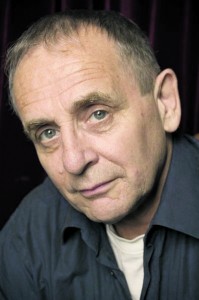 TORn’s friend Dan Freeman, who wrote ‘audio movie’ The Minister of Chance (which featured the talents of both Sylvester McCoy and Jed Brophy), is penning a new play. A Joke will star actors Richard Oliver (who was in The Minister of Chance), Robert Picardo (perhaps best known to geeks for Star Trek and Stargate), and McCoy, whom we all know as Radagast (not to mention, of course, the seventh Doctor).

The show is in development, so exact dates for performances at the Edinburgh Festival Fringe are not yet confirmed – but there are two performances scheduled in Cheshire (England) on August 11 and 12 this summer. If you’d like to know more, check out the website, here.

Yesterday it was announced that Sir Ian McKellen will take to the stage this July, in a fundraiser for Park Theatre in London. His new one man show is called ‘Ian McKellen with Shakespeare, Tolkien, Others & You’, and will run July 3rd to 9th 2017. This extraordinary event gives fans the opportunity to see Sir Ian reprise the roles for which he is best known, including, of course, Gandalf; and with some of the extra ‘perks’ on offer, there are even chances to enjoy a glass of wine with Sir Ian, or to act with him. Park Theatre tell us:

‘Come on a journey with multi-award winning, twice Oscar nominated star of stage and screen Sir Ian McKellen, as he takes you through some of the most exciting pages and stages of his fifty years’ acting. Reprising some of his renowned performances, from Gandalf to Macbeth, he will take requests, answer your questions and invite you to act with him. An intimate and unforgettable one man show with one of the world’s finest actors.’

Full details of this exciting show can be found here. It is, not surprisingly, already sold out; but don’t despair! Park Theatre say they ‘may shortly release more tickets’; and there will be £10 tickets available in strictly limited quantities, on the day of each performance. So you may yet be able to spend an evening in such extraordinary company – good luck!