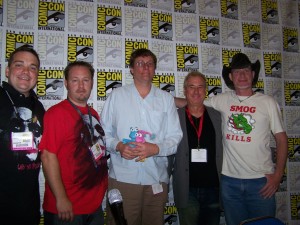 Taylor, not officially part of the non-official look at the two forthcoming “Hobbit,” movies, wasn’t able to comment on the proceedings too much but did share with the full capacity room of 400, what Weta has been up to in the world of movies and collectibles.

Guillermo del Toro delivered a short message via video from New Zealand much to the delight of those attending. 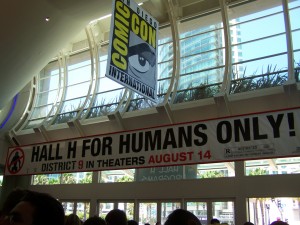