(Note: If you think, ‘This seems like a lot of posts smashed into a single post?’ then you are thinking well. I have a plane to catch but this is must read stuff!)

Like always, Comic-Con is set to open with hoards and masses about to storm the white towers of the San Diego Convention Center. Somewhere around 140,000 people will decend on the convention in the next week and TheOneRing.net will be there and bring as much of it to you as we can. We have shirts, panels, podcasts, Peter Jackson, Richard Taylor, Weta and contests to tell you about so read on! 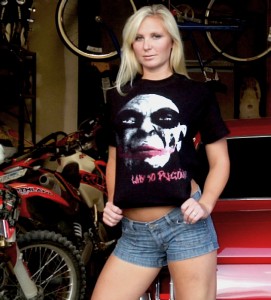 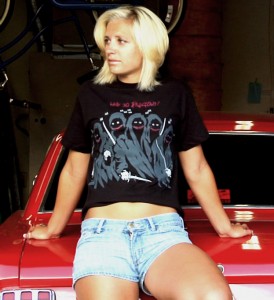 First some members of TheOneRing.net community designed some shirts which are limited edition and making their debut exclusively at Comic-Con. They will only be available at booth 5424 and in limited quanaties.

Weta (booth 2615) will also have at least one of the shirts displayed at its booth with the SlaveBoy booth number in case you get lost. Weta is located at the Dark Horse pavilion. Long-time TORn supporter and sponsor SideshowCollectibles.com also has a large presence at CCon and they also feature some new LOTR-related items. Their booth is officially a “must stop” destination.

Weta has also announced (currently on TORn’s main page) that it has some new Middle-earth collectibles so be sure to check those out as well. Weta is also helping TORn with two contests at Comic-Con, one on Saturday and one immediately following the TORn panel at 10:30 a.m. on Thursday, room 7AB. Seating for this one is going to be tight so come early. If all goes as planned we will have a guest from New Zealand to speak and perhaps offer some other prizes as well. Read on for details about the previously unannounced contest on Saturday.

And, another excellent installment of the TORn podcast is in featuring the amazing Grant Morrison and producer Don Murphy talking Tolkien. Watch it with us in amazement but then keep reading!

So, great right? If you don’t recall, there is ‘Hunt for dragon’s treasure‘ Thursday at Comic-Con immediately following the TORn panel. And, since we will be busy giving the panel (Calisuri, MrCere, Quickbeam, Richard Taylor) if any of our spies see it be sure to write in and tell us how we did and share with fans any secrets we might have let slip. Spymaster@TheOneRing.net

Finally, it looks likely that TORn will be spending a little time with Peter Jackson at Comic-Con. Nothing is a ‘sure thing’ in a sprawling, chaotic event like Comic-Con, but chances are strong that we will get to hear a little bit about not only “District 9,” but “The Lovely Bones,” and get a chance to ask some “Hobbit” questions as well.

In fact, anything you are dying to know?

Finally, a video inspired by the awesome Comic-Con shirts. Look here for updates and follow TORn at Comic-Con on Twitter at “MrLDC”.