Back in the earlier days of TORn – probably roughly during our Second Age – there were all kinds of exciting events which happened, both when Peter Jackson’s The Lord of the Rings movies were originally in cinemas, and in the years which followed. There was much excitement when the live performances of Howard Shore’s incredible score started; and then they started presenting the movies with live orchestra accompaniment. Those were heady days!

Next February, to celebrate the 21st anniversary of The Fellowship of the Ring, the movie will screen with live orchestra at Radio City Music Hall in New York. Here below are the details from the press release:

21st Anniversary Concert: THE LORD OF THE RINGS: The Fellowship of the Ring In Concert

238 MUSICIANS ONSTAGE BENEATH A 60-FOOT SCREEN

Celebrating the 21st anniversary of The Lord of the Rings: The Fellowship of the Ring, Howard Shore’s Academy award-winning score will be presented live, in concert. Experience the epic motion picture and its legendary score at the historic Radio City Music Hall, beneath a 60-foot screen accompanied by 238 musicians, including symphony orchestra, chorus and soloists, this coming February 6 & 7, 2023.

“The world is changed.” This very first line of The Fellowship of the Ring has new meaning for a fan community waiting for a return to live events. The 2023 concerts will mark the return of The Lord of the Rings, In Concert, to NYC for the first time since 2015. These returning concert events of The Fellowship of the Ring will bring 6,000 fans a night to see, hear, and feel Howard Shore’s epic score from the opening title through the end credits, in person once again.

The Fellowship of the Ring, In Concert, is represented by CAMI Music, who is partnering with Fifth Season and Bowery Presents to bring these performances to life at Radio City Music Hall.

Howard Shore commented on the return of The Fellowship of the Ring, In Concert to New York City: “The concerts on February 6th and 7th, 2023 will bring Maestro Ludwig Wicki back to NYC’s historic Radio City Music Hall leading a symphony orchestra, chorus, and soloists. Based in the city of Lucerne, Switzerland, where we first performed the complete score to the theatrical version of the film in 2008, Maestro Wicki is the foremost conductor of this score-to-film concert. Over the years he has worked to perfect this music and his precision, detail and supreme musicianship will be on display at Radio City. I am so very happy to have The Fellowship of the Ring return to New York.”

Tickets are available now – and are selling fast! You can buy them here. We hope to host a post show party – probably on the Tuesday evening after the concert, but maybe we’ll manage both evenings! Stay tuned for more on that! Meanwhile if you want to find out more about these happenings, you can find LOTRConcerts on Twitter, Instagram and Facebook. Hope to see you there!

Last October Radio City Music Hall was host to ‘The Fellowship of the Ring’ screened with a live orchestra and chorus, we’re doing it again in 2010! Be the first to get tickets to a screening of ‘The Two Towers’! Pre-sale for The Two Towers on October 8 & 9, 2010 will be available Monday, November 23 beginning at 9AM. Please use the code TTT2010.

Over the weekend CBS spent some time with Howard Shore and the Brooklyn Youth Chorus practicing their Elvish for this weekend’s FOTR event at Radio City Music Hall. You can read the story here or watch the same story on video here. Both are excellent but it is a little bit better to hear the practice and Elvish! 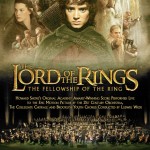 THE LORD OF THE RINGS: THE FELLOWSHIP OF THE RING
SCORE PERFORMED LIVE TO PICTURE
300 MUSICIANS
RADIO CITY MUSIC HALL
OCTOBER 9 & 10, 2009

EXTRAORDINARY LIVE MUSIC EVENT IN THE HEART OF NEW YORK CITY WITH ORCHESTRA AND VAST CHOIR PERFORMING LIVE TO THE FILM!

Tickets Go On-Sale NOW, for This Two-Night Only Can’t-Miss Event!

New York, NY — Devoted fans of J.R.R. Tolkien’s classic The Lord of the Rings have read the books, they’ve seen Peter Jackson’s Academy® Award-winning films, and now they will have a chance to experience composer Howard Shore’s Academy® and Grammy®-winning score to The Fellowship of the Ring live at Radio City Music Hall on Friday, October 9th and Saturday October 10th. For this extraordinary event, 300 musicians—a 75-piece orchestra and a 225-member choir—have been gathered to perform the complete score to 2001’s The Fellowship of the Ring live with the motion picture on a massive screen towering above the stage. END_OF_DOCUMENT_TOKEN_TO_BE_REPLACED