It’s long been known that the recordings of the 1950s BBC radio drama adaptation of The Lord of the Rings are (barring some unforeseen miracle) forever lost to time. But, lately there’s been a renewed interest in searching the BBC archives to see what actually remains.

This effort has primarily been lead by Oxford academic Stuart Lee.

The Guardian now reports that Lee has been able to uncover the original scripts for the 12-episode radio show that was broadcast in 1955 and 1956. It was the first adaptation of the Lord of the Rings in any medium, and (aside from Swedish musician Bo Hansson’s Sagan om ringen) the only one published during Tolkien’s lifetime.

Lee’s research revealed that Tolkien rewrote material for the BBC drama, working with producer Terence Tiller to adjust narration and dialogue for the production.

One script page shows Tolkien’s redraft of the Weathertop scene:

Frodo: What has happened? Where is the pale King?

Sam: We lost you, Mr Frodo. Where did you get to?

Frodo: Didn’t you see them?– the wraiths, and the King?

Aragorn: No, only their shadows…

Tolkien gave a description of the wraiths to the narrator, who linked the scenes: “At once the shapes became terribly clear. He could see under their black mantles. In their white faces burned merciless eyes…”

Lee said: “Without the freedom allowed to him in the novel, he considered the best way to convey a description of the wraiths, first rather clumsily getting Frodo Baggins to say ‘I… I put the ring on. Then the shapes became terribly clear, and I could see under their black cloaks. Their faces were white with cruel bright eyes…’ But he rejected this, favouring instead the use of the narrator.”

Excerpts from Tolkien’s own correspondence — first published in 1981 by Humphrey Carpenter — reveal both frustrations with the result, and empathy with the task set before the production crew. In Letter #175 he states: “I think the book quite unsuitable for ‘dramatization’, and have not enjoyed the broadcasts—though they have improved”. In another letter (#194), he tells Tiller in his commentary on the first three episodes aired in 1956 that “here is a book very unsuitable for dramatic or semi-dramatic representation. If that is attempted, it needs more space, a lot of space.” He concludes by acknowledging that he felt Tiller “had a very hard task”.

A single sound excerpt from the 1955 radio series — the opening music — also survives in the BBC archives. It lasts about 25 seconds and can be heard starting about 4 minutes into a BBC Sounds production (which Lee was also involved in) called Tolkien: The Lost Recordings.

Lee’s research is set to appear as an essay (titled “A milestone in BBC history? The 1955–56 radio dramatization of The Lord of the Rings”) in The Great Tales Never End: Essays in Memory of Christopher Tolkien. The compendium of essays will be published by Bodleian Library Publishing in June 2022.

Elven sends along this link to a BBC Radio interview with our very own Andy Serkis. More..

Just down the board from this post is a report originating from a New Zealand television station about Benedict Cumberbatch joining ‘The Hobbit’ cast. The non-by-lined article (from the TV station, not the one here) suggests from “early reports” that Cuberbatch might be in line to voice the dragon Smaug. We don’t know if “early reports” means the writer asked somebody at a desk nearby who was left to be cast, but this seems, at best, suspicious. That isn’t to say that the reporter doesn’t have some good information, but if they do they sure don’t sound confident about it. It wasn’t even written with the journalism phrase “unnamed sources” or “a source close to the production” but rather went with something that seems to actually mean, “I might be making this up and using the name Smaug will get a lot of attention.” The author, besides not having a name, cites no source and doesn’t link to any of the “early reports” referenced.

A far more likely choice and a character that Cumberbatch looks something like: Bard the Bowman. He possesses a bit of menace and is taller and robust, much that a way the leader of men might be. He might be believable as an excellent archer as well. The actor has had a good year, playing with Martin Freeman (Bilbo Baggins) in the BBC’s “Sherlock,” and also landing a spot in Steven Spielberg’s “War Horse,” a World War I drama. So, he might make an excellent Bard but, this is also speculation so until we hear from director Peter Jackson on Facebook or hear from WB in an official press release, don’t believe everything you read on the internet. Meanwhile, be sure to check out our page of “Hobbit” characters right here. 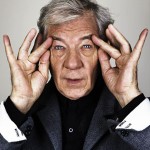 Celebrities and news-makers are grilled by Matthew Stadlen in exactly five minutes in a series for the BBC News website. This week, actor Sir Ian McKellen talks to Matt about the appeal of Shakespeare, the difference between working in theatre and film, the importance of having a child’s imagination and how Newsnight helps him relax after a show. More..

Penny writes: Beecake will be playing an accoustic session on BBC Radio Pudsey Monday the 26th of November from 6am GMT. the show will be looped throughout the day so tune in listen and give money to Children in Need. Boyd’s Beecake Helps Children in Need on the Beeb