You can find the full story of what it was like to be in Wellington on December 18, 2001, here. Two days later, a bleary-eyed, but excited Tehanu posted her review, which you can find in its entirety here:

“I loved it all. The movie varied in tone and pace, and I think that’s just one of the things about it that takes some getting used to. Sometimes it goes all heroic-epic and the music swells up into a big climax of trumpets and horns, the heroes fight off impossible odds and escape a terrific battering without even limping slightly afterwards. It’s all a bit much, I start to think (especially the music) and then suddenly the movie’s tone changes to something more intimate, focusing on a wonderfully subtle moment on an actor’s face.”

Speaking of our founders, Xoanon (a.k.a. Michael Regina), he also got to see the movie early, on December 13th. His ultimate geek review begins with a nice recap of the founding of TheOneRing.net: “Back in Christmas of ’98…” which brings to mind that TORn is nearing it’s 20th birthday! But, of course, that’s a story for another day. After reminiscing about TORn’s then relatively short history before The Lord of the Rings films opened, he got to the meat of his review (read the full review here): 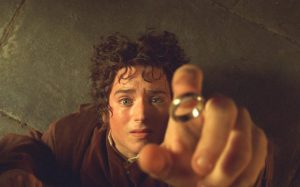 [the scene is from the Prancing Pony when The Ring slips onto Frodo’s hand] – “The other world we are transported to is pure genius, it is simply amazing, I mean HOW to you interpret the land of shadow and evil? It’s this amazing wind filled shadow realm, where all the people in the ‘real’ world are silhouetted and moving in slow motion. Here Frodo sees the EYE for the first time, this gigantic lidless monster, seeming to set fire to the Prancing Pony inn…it’s gigantic and menacing…and it’s hunting, hunting for Frodo. He makes his way into the corner of the room and removes the ring, suddenly he is grabbed by a stranger and hauled into another room, this is Strider, the mysterious figure who had his eye on the Hobbits since they entered the Pony.”

Of course, an article about reviews wouldn’t be complete without a review from Quickbeam, a dedicated fan who, like many of the staff, has devoted many hours to covering and reporting on the films and who was lucky enough to have visited the set. From his review which can be found here: 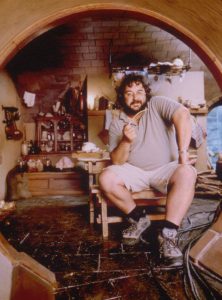 “I am so grateful Peter Jackson made this movie. It could have been a horrible mess. It could have been a cheap tinfoil mini-series made for television – you know the kind – with lame CGI effects and stock costumes out of the warehouse. Even worse, it could have been Disney, filled with dancing candlesticks and Gollum singing a tearful ballad by Elton John & Tim Rice. Happily, the end result is none of those things. After seeing The Fellowship of the Ring I must say that PJ has struck gold…. a rich vein of cinematic gold!”

To post all of our staff reviews would take hours, and some are resting quietly in the archives, but if you can’t get enough of good writing about exciting times in all of our lives, check out these other reviews from our staff, and stay tuned during the rest of the week for more including Howard Shore’s Oscar-winning score, the myriad of awards garnered by FOTR, and staff reflections on the world of lucky Tolkien fans 15 years ago!

Ostadan’s review – “As an adaptation, taken scene by scene and line by line, there are some questionable things, and many wonderful moments. But what I hadn’t counted on was that Jackson had gone far beyond merely presenting a series of scenes from the book — heck, Chris Columbus could have done that. Instead, he created Middle-earth anew on the screen, and it is captivating.”

Tookish’s review – “Great minds set to work on this script. Wondrous strokes of brilliance transferred key dialogue and character moments into places and situations that were different from the text of FotR, but poignant, appropriate, and in a way that captures the author’s intent.”