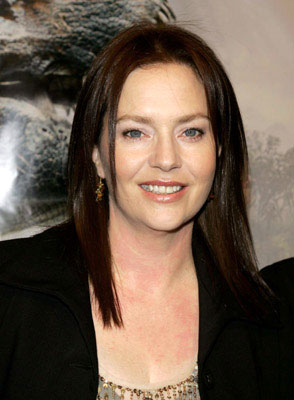 Close Up’s Mark Sainsbury spoke with Sir Peter Jackson and Philippa Boyens about the dispute surrounding The Hobbit. The location for the interview was the set for Gollum’s Cave currently under construction. The video can be viewed  here.

Portions of the interview have been transcribed by TORn message board gem Ataahua who’s faithfully been keeping us updated of the scene as it unfolds down in New Zealand. Highlights from the transcription follow:

PJ: “There are sets behind us being made to shoot on. This is Gollum’s cave for goodness’ sake. It [the allegation that Warner Bros. always wanted to take The Hobbit overseas] is absolute junk. One month ago, no one in a million years thought this movie was going to leave the country. At that point [four weeks ago] the confidence in our country as a stable base to make movies was eroded. Is the movie going to come or go? We don’t know. Unfortunately, lifting the blacklist doesn’t have anyting to do with it: The damage will be done. Warners are coming here next Monday and we’ve got to fight like hell.”

Mark Sainsbury: “Right here, Thursday night, what is the status of The Hobbit?”

Philippa: “Probably going out the door.”

PJ: “Yeah. The studio are coming through on Monday and I’m wracking my brains to find out what they need to get the confidence that they need.”

The transcription can be viewed in over at our message boards using this link.