The suit filed by fifteen New Zealand actors over money possibly owed them in a contract dispute involving merchandising has nothing at all to do with New Line’s famous dispute with Lord of the Rings director Peter Jackson according to the actor who instigated the action. 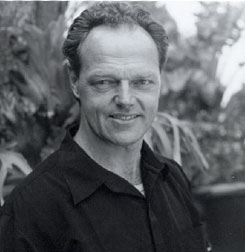 New Zealand actor Bruce Hopkins (Gamling) informed TheOneRing.net exclusively that the whole suit came about because of a clause in his contract that he took seriously enough to bring to the attention of a lawyer.

Hopkins has been working on his cause for two years and the story went public when media requested comments in response to the lawsuit filed May 30 in Los Angeles County Superior Court. Hopkins has since contacted Jackson and other notables from the films to fill them in on the details of the legal action.

The process started when Hopkins, aware of a clause in his contract that provided a percentage of merchandising, approached entertainment lawyer Phillip Rosen in Los Angeles and then on legal advice approached other actors who would have a similar contractual clause. After Rosen’s efforts with New Line, the case was taken on by Henry Gradstein, a notable entertainment lawyer who has handled notable royalty accounting cases.

As hard as it may be to believe, this has absolutely nothing to do with Peter and New Line or their current situation

“I am a well known litigator who has championed the cause of the little guy,” Gradstein said in a phone interview.

“We thought that case was a just cause. When you have a cause that’s the right cause, and it is fair – it’s a David and Goliath story no doubt.“

A studio insider that spoke to TheOneRing.net on condition of anonymity had an entirely different view of things.

“New Line bet the house on this film and they put literally hundreds of millions of dollars directly into the New Zealand economy.“

“I personally believe all the people associated with this film have been fairly and adequately compensated for their time and effort and that includes Peter Jackson. To sue the studio because the film was as successful is just plain greed.“

The whole process started after Hopkins’ interactions with Lord of the Rings fans, not the powerful film director. 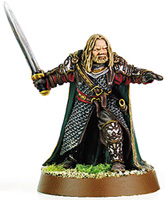 “Quite honestly it was getting out to fan conventions where I saw the dedication of the fans and the amount of merchandise that was being dealt with, that I began to want some indication of how this reflected in terms of the merchandise clause I had in my contract. There were no other residual clauses in the contract so this stuck out for me,” said Hopkins.

Initially his cast mates were slow to join the suit, fearing professional retribution.

“Many of the actors were cynical and almost not interested, and yes, a number of them feared being blackballed, not just by New Line but by local production companies, as well as being ridiculed locally,” Hopkins said from New Zealand.

The story broke when Variety did a story based on the lawsuit filed May 30, in Los Angeles County Superior Court. The lawsuit asks for profits based on the actors’ character’s licenses which were swallowed up by accounting, including “gross participation” fees.

According to Gradstein the legal action will take “about a year” to resolve and the contract is pretty clear. He said in such contracts there is often a provision for a distribution fee but such a provision was not present in the contracts in this case, although New Line reportedly still deducted a significant amount of money.

“The expenses will always be approximately 104 percent (of the income). It’s Hollywood accounting,” Gradstein said in a story by Associated Press.

The expenses will always be approximately 104 percent (of the income). It’s Hollywood accounting

“The contract is so clear,” Gradstein told TheOneRing.net.

Hopkins suspects that the other actors aren’t eager to have their names associated with the press coverage the story is getting.

“If anything, being in New Zealand heightens the chances of being struck out (of acting) as it were. We are a small industry down here and there is little work to go around most of the time so to risk being blacklisted here is a death knell to surviving as an actor locally.“

According to Gradstein each of the actors stands to make different amounts of money in the lawsuit, according to sales of each character’s image.

“Bruce headed the group of actors, Phil Rosen, spent time getting New Line trying to agree so when it was clear that wasn’t going to work they came to me,” Gradstein said. “It took persistence to get it (the case) to me. They did their due diligence.“

According to Gradstein his firm accepts about one of ten cases offered to it.

The suit is at least the third over profits from New Line’s Lord of the Rings films.

Jackson’s own lawsuit against New Line over profits from DVD sales on the “Fellowship of the Ring” DVD went public when Jackson released a letter through TheOneRing.net detailing why the potential “Hobbit” movie was not going to be made by him in the near future.

Producer Saul Zaentz and his Tolkien Enterprises reached settlement with New Line for about $20 million before that dispute reached the legal system.