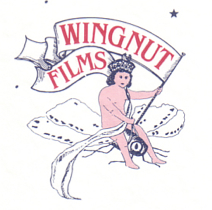 WELLINGTON – Tuesday, 12 October 2010 – In response to comments made by Helen Kelly of the CTU, co-writer and co-producer on The Hobbit Philippa Boyens stated “I want to reassure Helen Kelly that the filmmakers involved in this production are working as hard as they can to save the jobs of the New Zealanders put at risk by the actions of NZ Equity and are doing everything they can to keep the production from being moved off-shore. Three Foot Seven is working with actors’ representatives, namely their agents, to ensure that the terms and conditions for all actors working on “The Hobbit” are fair and equitable and that the actors engaged to work on the films are happy with their contracts. The agents involved are doing an extremely good job of protecting their clients’ interests.“

Boyens went on to add: “I do not understand why NZ Equity would single out a New Zealand filmmaker who has always treated actors fairly and with respect; nor do I understand why NZ Equity would want to risk the international reputation of New Zealand as an excellent place to make films, thereby putting at risk thousands of film industry jobs, over demands that are, in their own words, “miniscule.”

After attending a meeting of Wellington Actors last night, it is becoming increasingly clear that NZ Equity do not have a mandate to speak for the majority of New Zealand actors and performers nor did they consult with other Guilds involved in the industry before instituting this boycott against “The Hobbit”. I would like to thank Yvette Reid and the other organizers of the Wellington Actors meeting for letting me attend. The room was packed, there were representations from Dave Gibson and Penelope Borland from SPADA, Helen Kelly from the CTU, myself, as one of the filmmakers involved with “The Hobbit”; Sue Rogers, a prominent New Zealand producer as well as several actors and filmmakers. Debate was lively, uncensored and at all times civil. It is a pity NZ Equity declined the opportunity to participate in such an important discussion when they are in fact responsible for initiating an industrial action which has inflicted enormous damage on the NZ film industry.”