Asmus Toys is proud to present the next figure in their 1:6th action figure line for The Lord of the Rings Trilogy. Previously Asmus released two bad guys, the Morgul Lord and Gothmog. Now we get the first good guy in Gandalf the White. Gandalf comes with a really good likeness to Sir Ian McKellen, Glamdring, staff, hands galore, and a very cool severed Orc head that will fit on a regular 12″ body. No word yet on when Gandalf will go up for order or price but once he does, we will certainly let you all know.

The full breakdown for Gandalf the White looks like this:

Authentic and detailed fully realized likeness of Gandalf the White from The Return of the King. Back in 2010, a photo of Ian McKellen in his Waiting for Godot get-up and apparently being mistaken for a homeless person as he sat on a bench outside a Melbourne theatre raised some eyebrows in the press.

McKellen was apparently sitting in his tramp costume taking a break when a passer-by gave him an Australian dollar.

Now, as he prepares to reprise Samuel Beckett’s famous absurdist play on Broadway, the same photo is causing a stir all over again on several news sites — with some seemingly unaware that the events in the photo occurred three years ago. END_OF_DOCUMENT_TOKEN_TO_BE_REPLACED 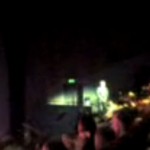 Ringer Karl Falconer, who attended the BFI IMAX LOTR All-night screening managed to snag the following video of Sir Ian McKellen at last night’s event. The video is on Karl’s Facebook page, so I’ll need to login to see it – but its worth it! First off, Sir Ian revels he will be in New Zealand in March to begin filming for approximately a year, with the first of two films being released Christmas 2011. (as expected, but great to hear from Ian!) As our earlier reports have revealed, Sir Ian also states he ‘pretty well knows’ who will play “Frodo” (maybe a small slip up, and he meant Bilbo) and that we will be happy with the casting (2:22 mark of video). A huge thanks to Karl for sending us the link to his video. [Ian McKellen Video] And while you are on facebook, don’t forget to become a fan of TheOneRing.net! [TORn on Facebook]