Today we’re taking a look at three young actors who are all from New Zealand, and for whom this project with Amazon could prove the magic touch, to get their careers off to a flying start.

Director Martin Percy writes: Sir Ian McKellen has created an amazing free interactive video piece for the National Theatre. In it, he talks interactively about the opening speech of Shakespeare’s Richard III (you know, the “Now is the winter of our discontent…” one). He also talk about Shakespeare in general, and asks you the viewer questions like…

“Do you think there’s a link between Shakespeare and modern stories like Lord of the Rings — yes or no?” END_OF_DOCUMENT_TOKEN_TO_BE_REPLACED 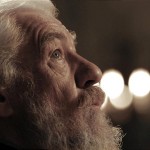