Peter Jackson has come a long way since his 1987 debut Bad Taste, a shoestring-budget splatter film shot in his native New Zealand that went on to earn a cult following. Yet there’s something of that film’s inventive and playful spirit in almost everything he’s done since, be it bawdy puppets (1989’s Meet the Feebles), killer teens (1994’s Heavenly Creatures) or ice-skating apes (2005’s King Kong). The Lord of the Rings trilogy made him a household name and earned him Oscar acclaim, while he’s currently producing the long-awated prequel, The Hobbit, with Guillermo del Toro directing. As Jackson’s latest, the murder-thriller-fantasy The Lovely Bones, arrives in cinemas, we caught up with him and asked him to name his all-time favorite films. He happily obliged. “My five favourite films of all time,” Jackson pondered. “For different reasons, they would be… ” More.. 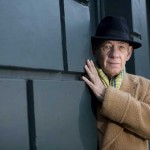 From Joe Utichi at rottentomatoes.com: Sir Ian McKellen is spending the week at the San Sebastian Film Festival in Spain, where he was last night presented with a special Donostia Award in recognition of his career as an actor. RT was in town to catch the presentation, and earlier in the day we sat down with McKellen to discuss the award and his work. Of course, as Guillermo del Toro readies to direct The Hobbit, which will see McKellen pull on the cloak and hat of Gandalf the wizard for the first time in seven years, we couldn’t help but look to the future and find out how things were going with the project. In fact it was McKellen who raised the wizard’s name before we asked, rather controversially declaring to RT, “I don’t want to play Gandalf again.” But before a million Rings fans cry out in terror at the thought of another thesp stepping into the role, McKellen was actually discussing the risk of typecasting the wake of a big success. “If you play a part that gets an awful lot of attention,” he explained, “forever after you’re being asked by directors to play the same part in their movie. But I played the best wizard, and I’m happy to revisit him, which I shall do in The Hobbit with Guillermo del Toro.” More..