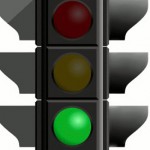 Again, we cannot confirm this but we believe Sir Ian. We think the script is finished, the studio likes it (more or less), Bilbo has been chosen. “The Hobbit,” may have a green light, there may be may be a Bilbo who has agreed in principal (or more officially perhaps) and pre-production might have started or be about to begin! (We think it may have started.) If anybody knows more or know differently, send us word immediately! END_OF_DOCUMENT_TOKEN_TO_BE_REPLACED