It has come to light on the Tolkien Collector’s Guide that Harper Collins and Houghton Mifflin have plans to publish a new book titled The Nature of Middle-earth in 2021 containing previously unpublished writings by J.R.R. Tolkien.

The book has been edited by Tolkien expert Carl F. Hostetter who heads the Elvish Linguistic Fellowship. The materials on which the book is based were sent to Hostetter in photocopy by Christopher Tolkien, before his passing, for potential publication.

The details were first released in a catalogue for the Frankfurt Book Fair in 2019. The description, excerpted from the catalogue (page 64), follows.

The first ever publication of J. R. R. Tolkien’s final writings on Middle-earth, covering a wide-range of subjects, and the perfect next read for those who have enjoyed Unfinished Tales and the History of Middle-earth series and are hungry for more.

The Nature of Middle-earth will comprise numerous late (c. 1959-73) and previously unpublished writings by J.R.R. Tolkien on the “nature” of Middle-earth, in both chief senses of that word: both metaphysical and natural/historical.

For Tolkien fans, readers, and scholars interested in learning more about Tolkien’s own views on Middle-earth. It will appeal in particular to those readers who enjoyed Unfinished Tales, and some of the later volumes of the History of Middle-earth. Indeed, many of the texts to be included are closely associated with materials published in those places, and were sent to Hostetter, specifically, in photocopy by Christopher Tolkien for potential publication.

Much as Unfinished Tales forms an unofficial thirteenth volume of the History of Middle-earth, this new book will sit very nicely alongside as an unofficial 14th volume. Of particular note, given the impending Amazon series, are several texts detailing the lands, flora, and fauna of Númenor, and the lives of Númenóreans.

It is with a heavy heart that I write this news. Christopher Tolkien has passed away. He was 95 years old.

Christopher was the third son of our beloved author Professor J.R.R. Tolkien, and had spent much of his life honoring his father’s legacy and bringing us so many of the Professor’s works posthumously. He edited and published such monumental works as The Silmarillion, The Unfinished Tales, The Book of Lost Tales, The History of Middle-earth and, in recent years, the individually released tales of The Children of Hurin, Beren and Luthien, and The Fall of Gondolin.

Late last week, Amazon Prime began taking us on an intriguing journey though a version of Middle-earth where, presumably, their upcoming TV series will take place.  Providing clues in the form of names of regions familiar to fans of “The Lord of the Rings” and “The Hobbit” books and movies, along with quotes from Tolkien’s Ring Verse, they’ve sparked internet-wide speculation about what the clues mean. Following is a recap of the hints so far, along with the top theories and takeaways from each.

On Wednesday, February 13, when Amazon posted a quote on various ‘lotronprime’ internet sites from J.R.R. Tolkien’s Letter 144: “I wisely started with a map.” The full quote is: “I wisely started with a map and made the story fit. ” In that spirit, Amazon began feeding us a series of hints about how their story will fit into the map of Middle-earth. What regions, towns and cities will be involved? What people, animals and other creatures? We believe we’ll get the answers to many of these questions soon. Until then, Amazon seems to be taking another quote to heart from the same letter: “As a story, I think it is good that there should be a lot of things unexplained (especially if an explanation actually exists)!”

• One rumor is that this is part of a 10-day marketing reveal. If that’s true, it would be wrapping up this weekend, or sometime next week, depending on when you start counting. Regardless of the exact timetable, it’s clear that Amazon will be posting more hints over time.

• Another rumor stems from a coincidence that after the first verse quoted, “Three rings for the Elven kings,” the next clue appeared three days later. Using that logic, the next quote, ‘Seven for the Dwarf Lords,” means the next clue will appear this Monday, February 25.

• Many fans are encouraged by the fact that Amazon is using quotes directly from J.R.R. Tolkien and his works out-of-the-gate, so-to-speak.

• Using the maps and Ring Verse to do their reveal is clever and imaginative, and great fun for fans!

Map 1 and the first line of the Ring Verse (Friday, February 15)

Two days after the first post appeared, a map of Middle-earth appeared along with the first line of Tolkien’s Ring Verse poem: Three rings for the Elven kings under the sky,”. The map itself was blank, but that didn’t stop speculation from one end of the internet to the other.

• The mountains on the far east of the map are not on any maps drawn by either J.R.R. Tolkien or his son Christopher, but do appear on a version of a map from The Hobbit movies, and on a map included in Karen Wynn Fonstad’s “The Atlas of Middle-earth.” In the Atlas, they are labeled, “Orocarni (Mountains of the East).” From various sources, we know that “Orocarni” translates to “Red Mountains,” and that Tokien’s references to these mountains appear in “The History of Middle-earth” compiled by Christopher. We don’t know much about them except they were close to the location the Elves awoke.

• The map is definitely from either the 2nd or 3rd Age, as the lands from “The Silmarillion” that existed in the 1st Age are not on the map. This makes sense, because while we don’t know exactly what film rights Amazon prime has, it is believed they don’t have rights to material from “The Silmarillion.” Further, many fans believe the map has to be from the 3rd Age because it seems to reflect the severe deforestation that occurred in the 2nd Age when the Numenoreans harvested trees from Middle-earth to build their ships.

• The compass rose was taken from Fonstad’s “The Atlas of Middle-earth.” The compass points contain some inadvertent errors noticed by keen-eyed Tolkien geeks, explained in-depth on the Tolkien Guide website. However, the takeaway is that Amazon again is making an effort to reference Tolkien and Tolkien-related scholarship. Bravo!

• The ring verse line about the three rings contained a comma at the end, indicating more clues were on the way, and sure enough, they were.

Map 2 and the second line of the Ring Verse (Monday, February 18)

Three days after the appearance of Map 1, a new version of the map appeared with the second line of the Ring Verse (again with a comma at the end): “Seven for the Dwarf-lords in their halls of stone,”. This time, a number of regions names appeared on the map. All of the regions align with Tolkien’s stories and maps, but some names, such as Gondor and Eregion, are missing. Will they appear on future maps? Will the names of cities such as Rivendell and Minas Tirith appear? We don’t know, but it’s a safe bet that the answer is yes.

• Many fans immediately noticed that the region widely known as Rohan is designated as Calenardhon. That name was used before Eorl the Young came to the aid of Gondor in the year 2510 of the 3rd Age. For his help, Eorl was awarded most of the area by Cirion, Steward of Gondor, and the Rohirrim renamed it Mark of the Riders, or Rohan. This could indicate that the TV series will take place prior to the region being renamed, not that it narrows things down much, as just short of 6,000 years of history occurred between the start of the 2nd Age and the year 2510 of the 3rd Age.

• If the above theory is correct, it could dash previous rumors that the series will follow a young Aragorn, as Aragorn wasn’t born until the year 2929 T.A., over 400 years after the region was renamed.

• Despite the appearance of the forests on the map looking like they’re from the 3rd Age, the continued use of the Ring Verse in the clues could indicate the story-line will center on the making of the Rings of Power themselves. The Rings of Power were forged by the Elves of Eregion starting around 1500 S.A., culminating with Sauron making the One Ring in the year 1600 S.A.. This theory could be solidified (or not) if Eregion appears on future versions of Amazon’s map.

There you have it! All of the major takeaways, theories and rumors from the clues we have from Amazon so far. Have you heard any other rumors? Let us know!

We recommend staying tuned here and on our facebook page for more up-to-the-minute news and analysis. We also highly recommend tuning in to TORn Tuesdays, where Cliff ‘Quickbeam’ Broadway and sidekick Justin gave an in-depth analysis of the map this past Tuesday, and will continue to bring everyone updates in the future.

Today represents a landmark anniversary for fans of J.R.R. Tolkien. Eighty years ago, what started as a bedtime story for his children became an enduring tale that would eventually be translated into over 40 languages. Published on September 21, 1937, The Hobbit, Professor Tolkien’s tale of Bilbo Baggins and his great adventure through Middle-earth with a wizard and a company of 13 Dwarves, captured the imagination of readers young and old.  END_OF_DOCUMENT_TOKEN_TO_BE_REPLACED 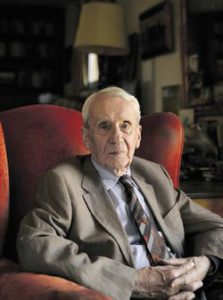 TheOneRing.net would like to wish a very happy 92nd birthday to Christopher Tolkien. Thanks to Christopher, Tolkien fans around the world have been able to enjoy the works of his father, J.R.R. Tolkien, beyond what lies between the covers of The Hobbit and The Lord of the Rings. The devotion, integrity, and high standards he’s exhibited in bringing us more of his father’s writings are recognized and appreciated by our staff and our readers. Many happy returns of the day! Christopher Tolkien, known to all fans and scholars of his father, J.R.R. Tolkien as the devoted son who brought many of his father’s previously unpublished works to light, is to become a recipient of the 2017 Bodley Medal. The award, which includes past laureates David Attenborough  and Stephen Hawking, honors individuals who have made outstanding contributions to the worlds of communication and literature.

Richard Ovenden, Bodley’s Librarian, said: “Christopher Tolkien’s contribution as a scholar and editor has been immense. Without his dedication and commitment, his father’s works would not have reached such a broad public audience and without his erudition and scholarship J R R Tolkien’s work would not have been presented so fully and with such authority.”

Christopher Tolkien said: “Although I have never looked for anything remotely of such a kind, I find it especially welcome to receive the Bodley Medal in that it affirms the unique significance of my father’s creation and accords a worthy place in the Republic of Letters to Tolkien scholarship. It gives me particular pleasure that the award comes from and is conceived by the Bodleian, where a great part of my father’s manuscripts lie and where I have happy memories of the great library itself.”

According to the Bookseller article, The Bodleian is planning a major Tolkien exhibition for 2018; something to put on all of our calendars!

TheOneRing.net wishes to congratulate Christopher on this well-deserved award, and express our thanks for the many hours, days and years of painstaking attention and care dedicated to furthering our enjoyment of his and his father’s works.