This just in from our friends at the Tolkien Society regarding Oxonmoot 2018:

300 Tolkien fans from around the world are meeting in Oxford this weekend to celebrate the life and works of J.R.R. Tolkien. The event, taking place at St Antony’s College, Oxford from Thursday 20th to Sunday 23rd September, has sold out due to the increasing popularity of Tolkien’s works. The event follows last month’s publication of The Fall of Gondolin and coincides with the Tolkien: Maker of Middle-earth exhibition at the Bodleian Library.

The event itself will include talks from leading Tolkien scholar – including writer John Garth – quizzes, workshops, an art exhibition, a masquerade, a Hobbit bake-off, a party and a visit to the exhibition at the Bodleian Library. The weekend concludes, as always, with Enyalie, a ceremony of remembrance at Tolkien’s grave in Wolvercote Cemetery on Sunday morning. With attendees from 25 different countries, this year’s Oxonmoot takes place following the Sunday Times and New York Times bestseller, The Fall of Gondolin, proving the continuing popularity of J.R.R. Tolkien as author relevant in the 21st Century. Tolkien’s best-known work was The Lord of the Rings, which has been translated into over 50 languages and estimates put sales at over 150 million copies worldwide. 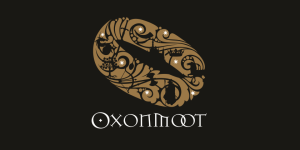 Founded in 1969 by Vera Chapman, The Tolkien Society is an educational charity and literary society with the aim of promoting the life and works with J.R.R. Tolkien. Tolkien himself supported the organisation and gave it his seal of approval by agreeing to become The Tolkien Society’s President. On Tolkien’s death the family recommended he stay as President, so, to this day, he remains The Tolkien Society’s Honorary President in perpetuo. The Society has over a 1,600 members and hosts events up and down the country every week.

Shaun Gunner, Chair of The Tolkien Society, said: “This is the largest ever Oxonmoot, and this is testament to the growing popularity of Tolkien and his works, and ever-increasing numbers shows that people want to share their passion for Tolkien with others. Oxonmoot has been going for over 40 years and provides an excellent opportunity for hundreds of fans from around the world to come together for a weekend of fun and fellowship in Oxford, a location so important to Tolkien.” He added, “Oxonmoot always takes place in September to coincide with the birthdays of Bilbo and Frodo, but this year we have a record number of attendees coming to St Antony’s College to enjoy the longest-running Tolkien event in the world.”

Although Oxenmoot 2018 is sold out, if any of our readers are lucky enough to be going, we’d love to get a report on how the weekend went! You can send it to spymaster@theonering.net. Christopher Tolkien, known to all fans and scholars of his father, J.R.R. Tolkien as the devoted son who brought many of his father’s previously unpublished works to light, is to become a recipient of the 2017 Bodley Medal. The award, which includes past laureates David Attenborough  and Stephen Hawking, honors individuals who have made outstanding contributions to the worlds of communication and literature.

Richard Ovenden, Bodley’s Librarian, said: “Christopher Tolkien’s contribution as a scholar and editor has been immense. Without his dedication and commitment, his father’s works would not have reached such a broad public audience and without his erudition and scholarship J R R Tolkien’s work would not have been presented so fully and with such authority.”

Christopher Tolkien said: “Although I have never looked for anything remotely of such a kind, I find it especially welcome to receive the Bodley Medal in that it affirms the unique significance of my father’s creation and accords a worthy place in the Republic of Letters to Tolkien scholarship. It gives me particular pleasure that the award comes from and is conceived by the Bodleian, where a great part of my father’s manuscripts lie and where I have happy memories of the great library itself.”

According to the Bookseller article, The Bodleian is planning a major Tolkien exhibition for 2018; something to put on all of our calendars!

TheOneRing.net wishes to congratulate Christopher on this well-deserved award, and express our thanks for the many hours, days and years of painstaking attention and care dedicated to furthering our enjoyment of his and his father’s works.

We reported earlier here that a map of Middle-earth, annotated by J.R.R. Tolkien while working with Pauline Baynes was to go on display at the Bodleian Libraries. Well, that day was today! However, it proved to be so popular that they added one more day and will also have it on display tomorrow, Friday, June 24. So, if you’re anywhere near the area, you still have a chance to catch it. According to the Bodleian website, the map was a working document that Tolkien and acclaimed illustrator Pauline Baynes both annotated in 1969 when Baynes was commissioned to produce a poster map of Middle-earth. The map will be on display from 9:00 a.m. to 5:00 p.m.. Admission is free.

The Bodleian Libraries, home to the largest collection of Tolkien manuscripts and drawings in the world, has acquired a recently discovered map of Middle-earth annotated by J.R.R. Tolkien and artist Pauline Baynes during her early preparations to produce a poster map of Middle-earth that was later published in 1970. The fold-out map was pulled from one of Baynes’ copies of The Lord of the Rings. In order to help her represent Middle-earth as accurately as possible, Tolkien made notes on the map (those in green ink and pencil) regarding the climate of various areas, often equating them to real places in England and Europe, in order to give Baynes an accurate idea of the area’s flora and fauna.

The map was kept by Baynes, who passed away in 2008. It resurfaced in 2015 and was acquired by the Libraries. According to the Libraries:

“The annotated map went unseen for decades until October 2015 when Blackwell’s Rare Books in Oxford put the map on display and offered it for sale. The purchase of the map was funded with assistance from the Victoria & Albert Purchase Grant Fund and the Friends of the Bodleian.

This working document reveals that the creatures which enliven the final poster map – wolves, horses, cattle, elephants and camels – were all suggested by Tolkien and that Baynes drew the animals in the exact locations he specified. ‘Elephants appear in the Great battle outside Minas Tirith (as they did in Italy under Pyrrhus) but they would be in place in the blank squares of Harad – also Camels,’ wrote Tolkien.”

The Bodleian Libraries hopes to put the map on display to the public in the near future – a great reason to plan a special trip! In the meantime, read the fascinating full article here.