Ringers are good people indeed. I have learned via many interactions that Tolkien fans have a rather keen emotional wisdom. Let’s be honest, you don’t get through 1200 pages of LOTR and upon finishing “The Grey Havens” not feel deeply, terribly moved. Your heart hurts but you don’t know why at first. The mastery of Tolkien is right there: how he moves your very spirit is ephemeral, yet undeniable. Within this fandom people intrinsically understand that they are in good company. When strangers meet, Tolkien is an immediate touchstone of commonality. We love sharing that love, especially at Comic-Con.

In my career as a wedding officiant I have joined many couples together whose first date was solidified over Tolkien. It’s kind of delicious when I add his poetry to their sacred vows. How unique is it, then, that a tweedy, conservative Oxford don inventing his own languages could have such an aspirational effect on Humanity? I’d like to examine this ephemeral quality, for it is worth seeing with fresh eyes, and it always leans into kindness. Saying that J.R.R. Tolkien has made us better humans is to understate it. This is his grace, given to us, his readers.

We are a thoughtful, global group of people from various cultures and backgrounds who easily identify with this altruism and pay it forward by sharing love of Tolkien’s works.

It’s why we built this site. 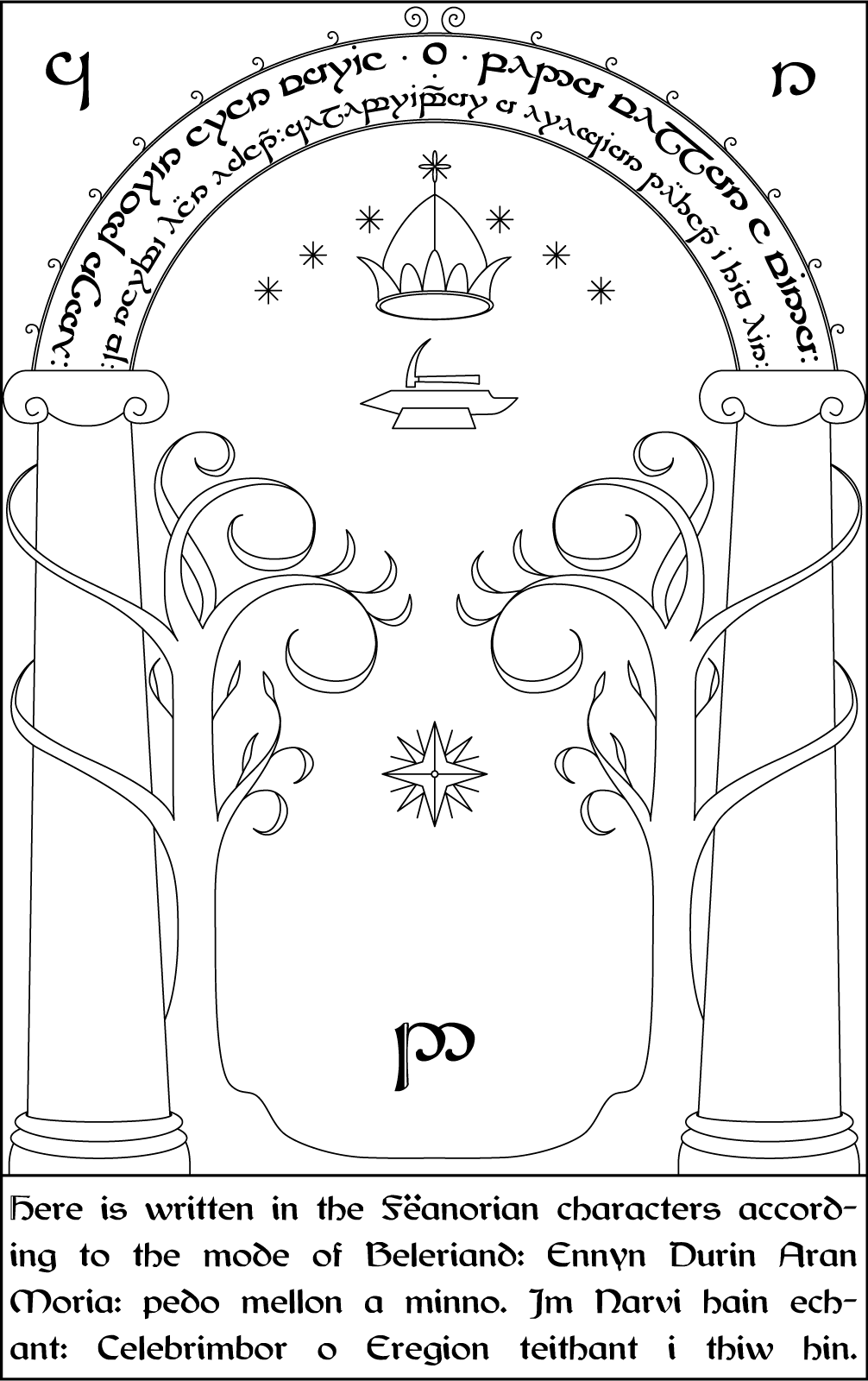 If you draw a straight line from the 1937 publication of Bilbo’s story to where we stand now in 2022 on the cusp of a massive new TV series The Rings of Power you will find us — the fans. We are everyday people who sank deep into the books, enraptured by J.R.R. Tolkien’s words, re-reading everything ad nauseam. For generations we shared his words with our little ones at story time (a profound engine of furthering literacy, lest we minimize it).

Not content to stay within boundaries of academia or late 50’s coterie intellectual circles, Tolkien fandom erupted as a popular juggernaut during a 60’s counterculture movement and a college campus craze. Young people came to Tolkien in droves. A “Fantasy” section appeared in retail bookstores. A couple of generations further on and the Internet would give rise to new ways of sharing our enthusiasm. Moving from small-press newsletters printed in a garage to massive online message boards was key to the burgeoning fandom. We were keeping the fires lit: TheOneRing.net was born.

It is no small thing to have a community – this is truly a family to us. Being in the arms of this fandom is very real. Unwavering hours of work by an all-volunteer staff have made this happen. We don’t make money off any algorithm that leads viewers to an ecosystem of negativity. Our Discord is a guaranteed good time; and that’s the way we like it. Why approach it this way, cultivating community above all else? Easy! It’s all for the inexhaustible fun we have sharing Tolkien – and no kinder group of souls could one hope to meet.

That one time we drove across-country from Los Angeles to Atlanta? It was fueled by donated coffee and a 24/7 livestream we called “The Road to Dragon*Con”. We were embraced by many strangers who would meet to break bread with us, ready to laugh and discuss the Professor’s legendarium. Fans guided us to new places we had never seen; and town-by-town we mapped a constellation of generosity across the land. 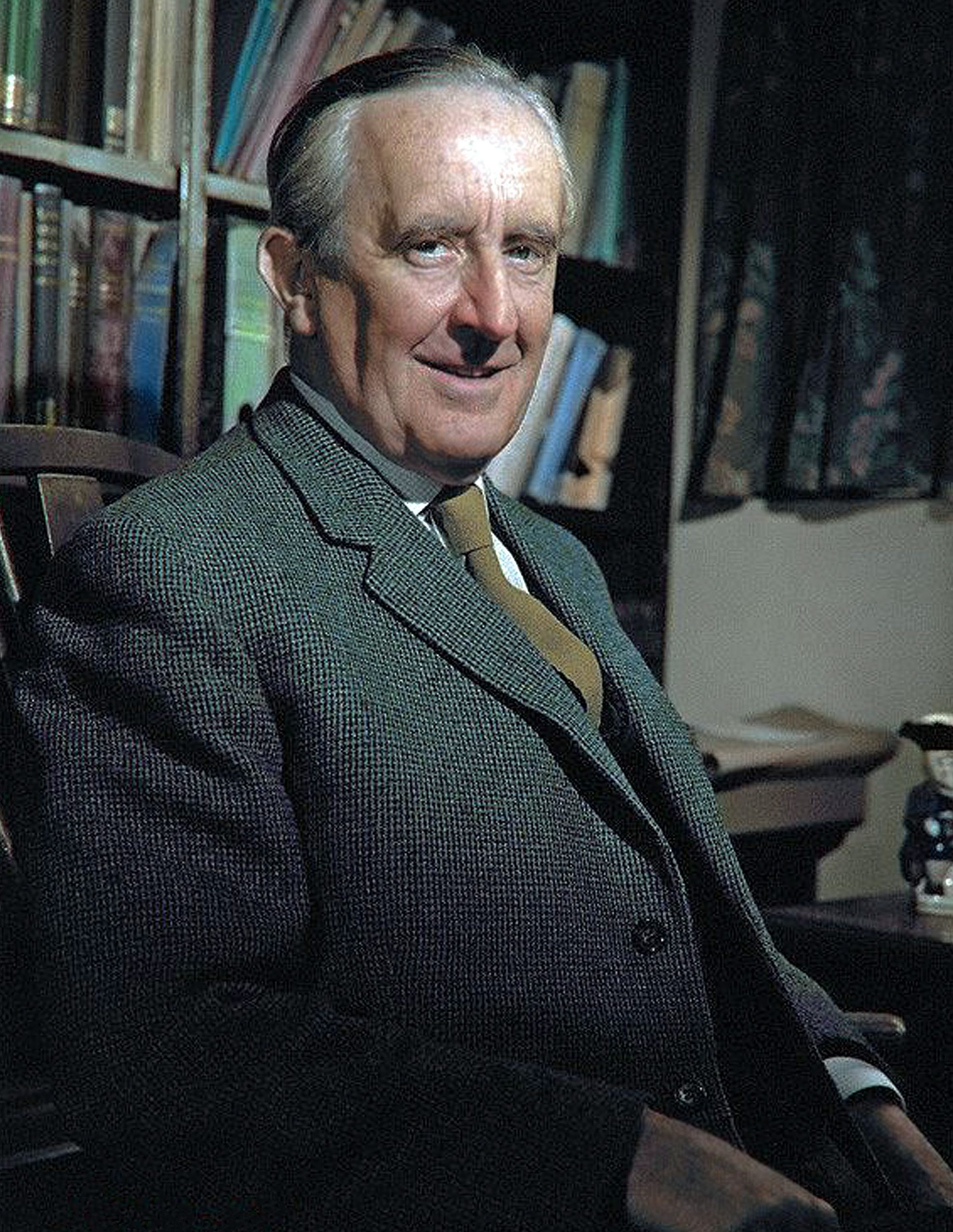 Now, I admit to being the Lisa Simpson of my family; raised Methodist but later embracing a mild form of Buddhism. Conversant in theology, I soaked myself in the deep-rooted Catholicism that Tolkien lived by. I read the Humphrey Carpenter Biography and explored his published Letters. There was no theological take I wanted to miss in his writings. So during this jolly Road Trip we chatted with a minister somewhere in the forests of Georgia and detoured for a Second Breakfast. Tolkien was the mortar between the bricks of that egalitarian conversation, believe me. We talked about the triangulation of Frodo, Sam and Sméagol; and how Tolkien crafted this narrative as a demonstrable extrapolation of The Lord’s Prayer. The quiet Southern Baptist and the talkative gay man who had just met one another were suddenly busy discussing aspects of forgiveness. It was amazing. Two people who were miles apart on political sensibilities, reductively speaking, yet there we were; breaking bread together in true Fellowship. What did we achieve? A small moment of enlightenment. What did we not do? Tweet clown emojis at each other.

This experience galvanized my views. I knew Tolkien’s spirit can and truly does bring people together; and we nurture that environment here, ongoingly.

Especially after this recent San Diego Comic-Con where I met some of the very best of today’s Tolkien creators. Most shared the stage with me at our Sunday panel discussing The 2nd Age of Arda: Anna Maria (Community Organizer), Willie Jenkins (@KnewBettaDoBetta), author Kellie Rice (Middle-earth: from Script to Screen/ Happy Hobbit), YouTube maestro Matt (Nerd of the Rings), Corey Olsen, (TheTolkienProfessor / Signum University).

I also loved spending time with Anex Wilson (@AnexWilson) and the irrepressible Don Marshall (@DonMarshall) among many others like cosplay light-bringer Lauren (@LDoesCosplay) and Elven letter-smith extraordinaire WizardWayKris.

You should have been in that room. The conversation was unfiltered, passionate, and quite clarifying. We needed those clarifying statements and it was great to hit on a lot of BIG THEMES and LORE DETAILS, too.

The audience was with us every step of the way: no newbie was left behind. Somehow I feel the wisdom of those next to me elevated the conversation and offered a refreshing tonic. Here is the entire Panel Presentation (panel starting at 19:11):

You hear it in Anna Maria’s voice when she says of the Professor (at 1:10:33) “Let’s look at thematically ‘What is the macro of what Tolkien stood for?’ He stood for Love. … Let’s look at his actual texts, his works were about Fellowship: his works were about what happens when there is discord between differing peoples. This man is laid to rest next to his wife with the names BEREN and LÚTHIEN inscribed upon the tombstone – I’ve been there, I’ve seen it – this man stood for Love. And if you read any of his works with the openness and kindness that we know he valued; that’s what you take away from it. And I think that would be really lovely for us all to keep in mind going forward.”

Willie Jenkins “KnewBettaDoBetta” had a genius way of putting a button on that. He will suffer no fools. And when Matt “Nerd of the Rings” offered his closing thought on how disparate people so easily set aside their differences for Tolkien – I knew the ongoing threads of altruism would weave us closer together. I met many cast members of the upcoming show. It was not just an opportunity to ask them questions as a reporter or a documentarian. I sat before an array of hardworking, genuine people who have their own enthusiasm for Tolkien. They were ebullient. They want fans to enjoy this creative experience on its own terms. I was perhaps a bit clumsy in relating to Markella Kavenagh and Maxim Baldry how the TORn community is different. I wanted to underscore our open-minded approach and methods of moderating, yet as my sentences faltered Ismael Cruz Cordova was keen to reach across the table: “I think I know something about that, brother, and I appreciate you.” Sophia Nomvete was a revelation. Her heart is overflowing with sharply drawn wisdom. Telling her how we felt about protecting the actors from unwanted toxicity, Kellie Rice calmly said: “Don’t worry, we’ve got your back,” and Sophia gently wept at the reassurance.

Look, we are at the intersection of a literary legacy and a pop culture behemoth with this new show, The Rings of Power. There will be much invigorating discussion for the next few years and we will keep it healthy and egalitarian. We will be watching ROP with no small amount of excitement. I look forward to comparing notes with other lore-masters to parse what works (and what does not).

This new adaptation, at the very least, promises to offer a richly mounted artistic interpretation of Middle-earth. Let’s see if they play it unironically. Let’s see if they adapt it with all the seriousness and clear regard for the metaphysics it deserves.

At a delightful accidental meeting on the train, Rings of Power showrunner Patrick McKay came up and asked me what I would most like to see in their series. I immediately pulled a quote from Letter No. 203 where Tolkien states: “But I should say, if asked, the tale is not really about Power and Dominion: that only sets the wheels going; it is about Death and the desire for deathlessness.” I leaned in on that final phrase. Patrick knew exactly what I was getting at. He looked up thoughtfully for a moment and said: “I think we’ve got you covered.”

If the prevailing headwinds are any indication they might just pull off something magical. Or at least we can enjoy the ride and flog the keyboard when necessary. Seriously, we have been bitching and moaning about Faramir dragging those two hobbits to Osgiliath all these bloody years now. We enjoyed PJ’s gargantuan adaptations but had plenty to criticize. Likewise we will have ample time to praise/gripe/puzzle over Amazon’s time compression, 3rd Age characters showing up too soon; and much more. We will debate but never denigrate.

Twenty-odd years later, as an observer of pop culture and especially Tolkien’s considerable legacy, I say unequivocally we have something special in this fandom.

Let’s keep it going. And my warmest regards to all who help maintain this community. Well done.