It’s a tradition going back some years: TheOneRing.net’s own version of March Madness! Each Spring, staffers at TORn draw up a table of characters (or something else – see more below) from Tolkien’s realms, and we ask you all to vote in each round, until we have an overall winner. This year is no exception! We all need things to do, and to think about, to keep us distracted in these days of social distancing; so we hope you’ll join us and play along for this year’s Middle-earth March Madness!

The fun begins on Monday, when we’ll post this year’s brackets, together with a link to a poll where you can place your votes. We’ll be posting articles about the various ‘battles’, and we hope you’ll join in and discuss on facebook and the message boards. Meanwhile, here’s a look back on some of the earlier contests.

We first created our own March Madness fun back in 2012, making this the 9th year of the contest. (What shall we do for our tenth, next year?) That year our four brackets consisted of various characters from Middle-earth, with the brackets named for Ralph Bakshi, Rankin Bass, the Tolkien family, and Peter Jackson. The final was between Aragorn and Samwise, with Sam coming out on top. 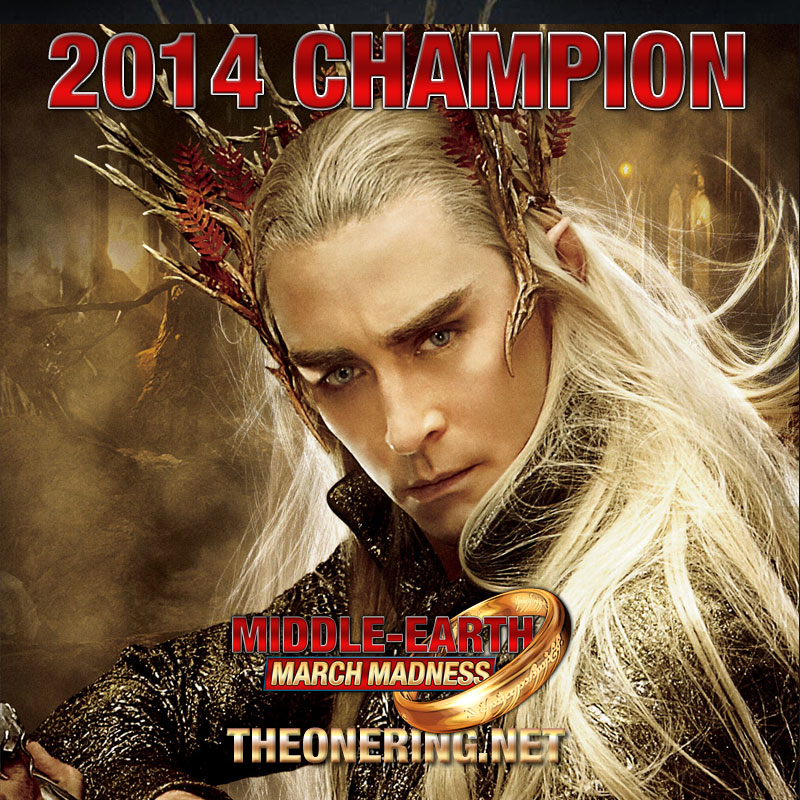 In 2013 and 2014 the brackets were simply named for different places, with a mix of characters in each bracket. 2013 saw The Shire, Erebor, Mordor and Angmar brackets, with a final showdown between Thorin (from the Mordor bracket) and Gandalf (from Angmar). It was a close contest, but the wizard ultimately came out on top. 2014’s brackets were named for Bag End, the Lonely Mountain, Erebor (yes the Lonely Mountain going by another name) and Mirkwood. The finalists came from the Bag End and Mirkwood categories, and were father and son: Thranduil took on Legolas. The fans were out in force for both these pretty elves, but Thranduil won in the end. 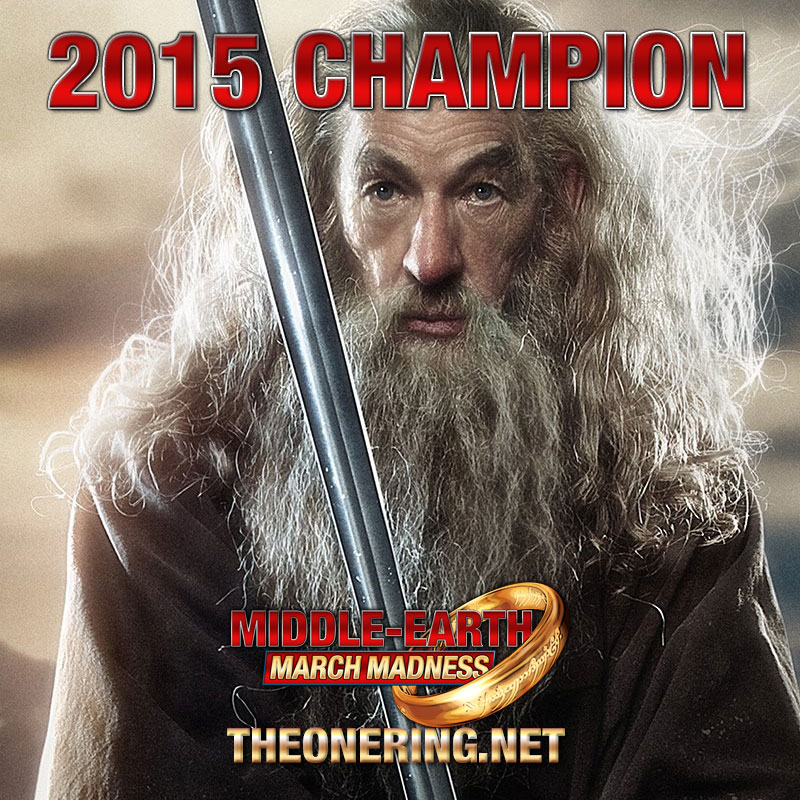 2015 saw the first year that combatants were divided by specific categories, with brackets being Lord of the Rings characters, Hobbit characters, Silmarillion characters, and ‘Others’ from the Professor’s writing. It also saw a first in a combatant being ‘disqualified’: Thranduil’s fans were so desperate to see him victorious again, they were bucking the system and voting multiple times. With Mirkwood’s ruler thrown out, the final saw Bilbo and Gandalf face off; and Gandalf was champion for the second time.

In 2016 we drew up brackets according to attributes: Beauty, Brains, Brawn, and Baddies. Ultimate Baddie Morgoth took on Galadriel in the final, where the elf maiden was triumphant, taking two thirds of the vote! 2017’s groupings divided characters into ‘Book Only’, ‘Movie Only’, ‘Wider Mythos’, and ‘Movie and Book’. A first this year was that we deliberately did not include past champions Gandalf, Galadriel, Samwise or Thranduil; also the divisions allowed many first time entrants, such as ‘Sebastian the Hedgehog’ and ‘The Fox’. The champion in 2017, appearing in his second final, was Aragorn.

2018 mixed things up by including characters from outside of Tolkien’s writings. This year, we had roles from the Hobbit and Lord of the Rings movies, AND roles from other films, played by the same actors. This meant that was saw Lee Pace’s Ronan take on his Thranduil, as well as a show down between Count Dooku and Saruman. Middle-earth characters, however, were the ones who made it to the final, where Gollum beat Elrond.

And just last year, our contest became Middle-earth MAP March Madness, with all the entrants being locations: from The Shire, The Hobbit, Lord of the Rings, and The Silmarillion. Gondolin faced, but could not defeat, Rivendell in that final.

What will the categories be this year? All will be revealed on Monday! Or head on over to join TheOneRing.net’s Facebook group, The Worlds and Works of J.R.R. Tolkien, where you can get an early preview tomorrow. Let’s get ready to rumble!