Finally it came down to a duel between Elrond Half-elven and Gollum. The votes have been counted, and we can now announce, this year’s winner is… 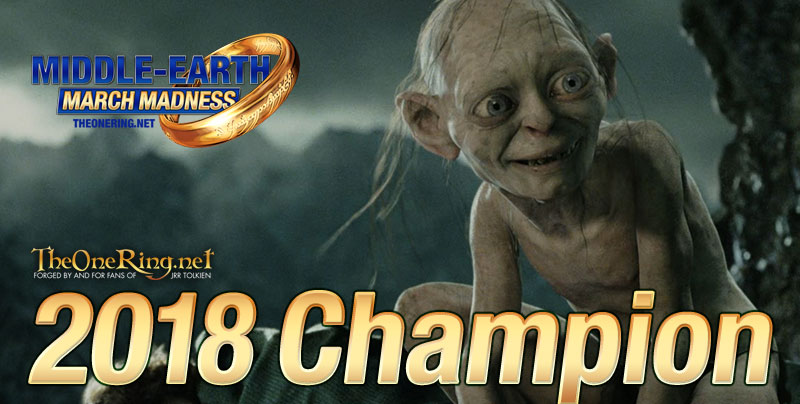 GOLLUM! That’s right, Stinker, Slinker, and Smeagol will all be celebrating, as Gollum is crowned Middle-earth March Madness Champion for the first time. His victory over Elrond was a surprisingly easy one, with the elf only managing to claim just under 38% of the vote. Our Facebook ‘exit poll’ suggested quite the opposite – there, Lord Elrond had 65% of the votes. Clearly, those folks didn’t make it over to the homepage to support their choice and see him home to victory!