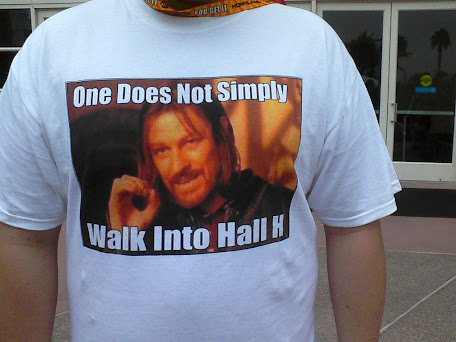 Apparently there are thousands already queueing for the Hall H Hobbit presentation that happens later today. Some have been queueing since Wednesday. Madness.

Peter Jackson has done his final rundown as well. In a message he posted on his faceborg account, he wrote:

Where were you all?? I was in Hall H last night, running down our Hobbit reel, and nobody was there. 6500 empty seats!

You should have come along and bought a few beers! Mind you, it was 11.30pm, so I guess everyone was busy. See you later today.

Read on for all the details, and a few choice photos from the line-up. 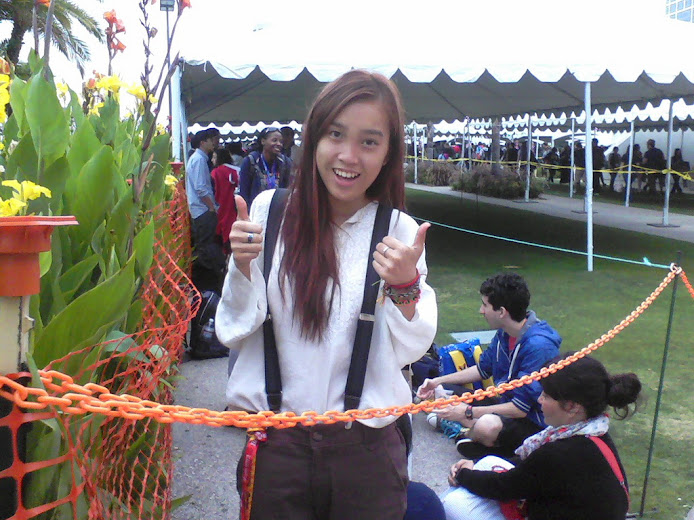 The Panel: when, where and how long?

The presentation is happening in Hall H at Comic-Con between 2.30pm PDT and 5.30pm PDT. But you already knew that, right? By the way, the person in that photo has been lined up since Wednesday we hear.

Warner Brothers is actually profiling not one, but three movies: Pacific Rim, Man of Steel and The Hobbit. The Hobbit presentation will not occupy the entire three-hour slot.

We’re guessing The Hobbit will be the final presentation of the three, and will get somewhere between 45 minutes and an hour. That would put it to start around 4.30pm PDT and conclude around 5.30pm PDT. That is a guess though, and NOT necessarily correct.

By the way, if you’re unsure when this whole shebang is going down in YOUR time zone, visit this handy little Event Announcer. It translates the start and end times for WB’s presentation into just about every city around the world. 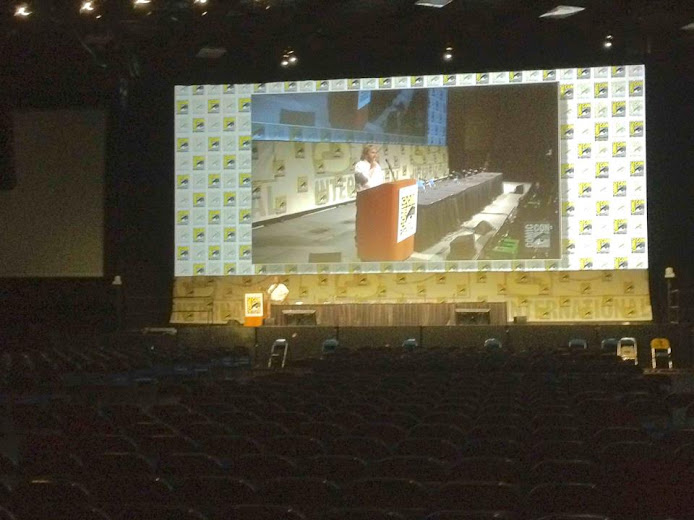 What will they cover?

Between the comments of Andy Serkis and Peter Jackson, we now have a good idea of what the lucky 6,500 people crammed into Hall H like sardines will see.

Jackson: A new production vlog that should soon be ready, including behind-the-scenes footage of their experiences at Comic Con, and perhaps bits of the Hobbit Reel that will be showcased there too.

Don’t expect a new trailer. That’s not coming until September.

Jackson is also screening the Hobbit reel at 24 fps, 2D.

He writes that: when we screened only the 48fps reel at CinemaCon a few months ago, some bloggers focussed stories, not on the content, but on their negative reaction to 10 mins of high frame rate footage. This reaction convinced me that the only fair way to experience 48fps, is to sit down and watch a complete feature length movie, with a narrative, not quick trailer cuts. 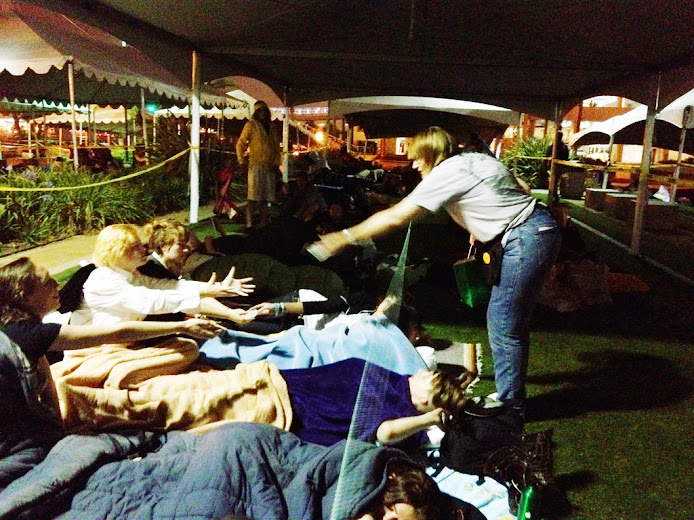 TheOneRing.net will have staff in Hall H during the presentation, and we will be live blogging as much as humanly possible. That means lots and lots of tweets and stuff, folks. You can also comment back too!

The Barliman’s chat is also running through-out. If you’d like to join us, we’re very newbie-friendly and don’t bite! We only ask that you behave nicely and don’t swear. To join, use our handy embedded mibbit widget that works through your browser!

We will most likely NOT able to live stream the presentation. That means no video, and probably, no photos. No one will — it’s against Comic-Con rules! Sorry!

We will attempt to find out whether the clips that the Hobbit crew intend to show today will also be distributed on the internet, and when that might occur. No guarantees we’ll get an answer, but stay tuned. 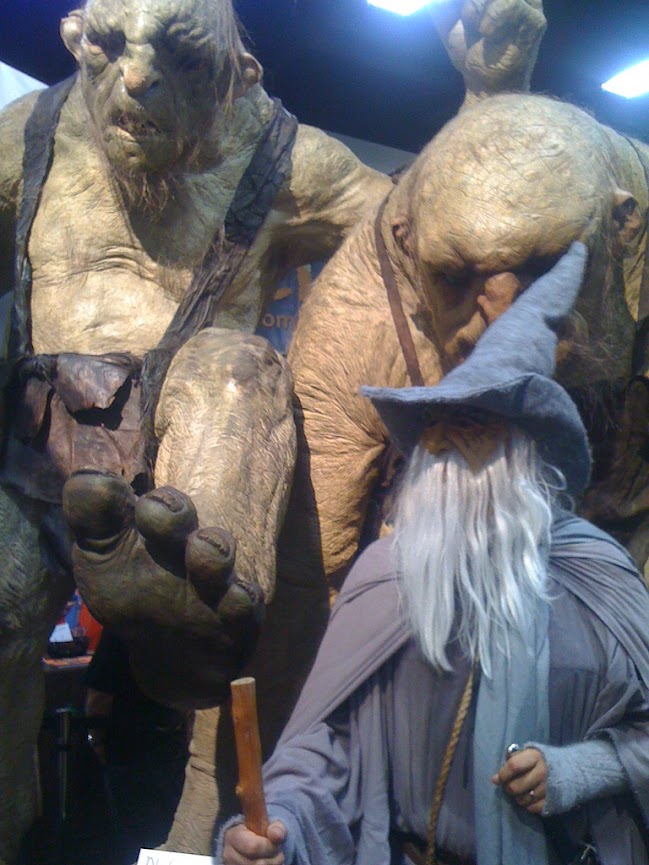