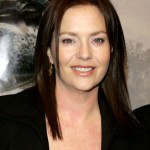 Phillipa Boyens gave an interview to New Zealand’s National Radio’s Nine to Noon show today. In it, she said other countries, including Canada, Scotland, Ireland and Australia are throwing in their hats to be considered as the filming location for “The Hobbit,” some offering big government rebates. According to Phillipa, the employment of thousands of New Zealanders has been put in jeopardy. “Actors should have begun work a fortnight ago,” she said.

You can listen to the entire interview here, and read about it in a stuff.co.nz article here. Thanks to message board member cameragod for posting this on our message boards. Join in the discussion using the “Discuss” link below.