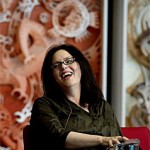 Oscar-winning Kiwi screenwriter Philippa Boyens has revealed that she introduced The Lovely Bones to Peter Jackson and Fran Walsh, but she did not believe the novel could be turned into a film. It was only after Walsh and Jackson had read the book and both believed it could be a film that Boyens, who co-wrote The Lord of the Rings and King Kong with the couple, changed her mind. Boyens discussed details about The Lovely Bones and The Hobbit, the script for which she is also co-writing, at a writers talk at Te Papa yesterday just hours before she was to watch a final cut of the film, to be released in December. More..