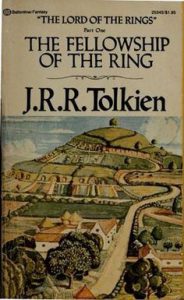 In a fascinating article, TORn staffer and author Kristin Thompson gives us some invaluable insight into some of the legal wranglings which may have led to this new The Lord of the Rings television series deal:

The announcement that Amazon will be producing a multi-season television series based on The Lord of the Rings has caused much speculation and not a little confusion. One common assumption seems to be that the television rights to the two hobbit novels were sold to United Artists in 1969, when it obtained the production and distribution rights to make film adaptations.

The contracts for the sale of the film rights were made public in 2008, when they were introduced as evidence in the lawsuit brought by the Tolkien Trust et al. against New Line Cinema over money owed for the percentage they were to get from the receipts. I summarized that case at some length on my blog, The Frodo Franchise, as well as announcing news of the settlement in 2009.

(For reasons that are not entirely clear to me, the film rights were sold under two contracts, one for The Two Towers and The Hobbit and the other for the two remaining volumes of The Lord of the Rings. Something to do with copyright, I believe.)

The terms of the contracts make it quite clear that the television rights were not included in the 1969 sale. They also reveal that the film rights allowed the Purchaser (as UA is referred to) a considerable latitude in expanding on the plots, characters, and settings of the books.

The term used repeatedly in the contracts for what is being sold is “certain motion picture and other rights.” These are defined as “The sole and exclusive rights to make one or more sound, silent, talking and/or musical motion picture photoplays based upon the Work or any part thereof of any type now or hereafter known, including but not limited to animated cartoon versions.” (p. 4) These are obviously not the TV rights, which presumably is why the Tolkien Estate and HarperCollins are centrally involved in the Amazon deal. They retained those rights.

Saul Zaentz got the film rights from UA, but obviously no TV rights. He did get the trademarks on all the characters, places, etc. in the books, and my guess would be that Zaentz’s company might thus be involved in merchandising deals. Those would be done under separate contracts, however, and these presumably would still need to be negotiated.

The contract also contains a very elaborate paragraph (#14) that mentions “sequels,” including television series. Basically the point is that the Seller (Tolkien Estate and George Allen & Unwin, now HarperCollins) will not sell sequel rights without giving the Purchaser (UA) a certain period in which to purchase them. If the Purchaser does not do so within that period, the Seller may sell them to a third party but prohibit the release of the sequel within a certain length of time after the release of the Purchaser’s original film. This doubly confirms that the television rights were not part of the deal made with UA.

As to what rights New Line and Amazon will have to expand on the content of the novel, the motion-picture rights in the original 1969 contract include this extremely broad provision:

“The sole and exclusive right in connection with the making, exhibition and exploitation of said motion picture photoplays to translate into all languages, to freely adapt, change, transpose, revise, rearrange, add to and subtract from the Work or any part thereof and the title, them, plot, sequences, incidents and characterizations thereof, to make interpolations in and substitutions for any part or parts thereof, to make sequels to and new versions or adaptations of the Work or any part thereof, to use any part or parts of the Work or of the theme thereof or any incidents, characters, character names, scenes, sequences or characterizations therein contained in conjunction with any other work or works, and to separately or cumulatively do any or all of the foregoing, to such extent as the Purchaser, in its sole discretion may deem expedient in the exercise of any of the rights, licenses or privileges herein conveyed and to interpolate in said motion picture photoplays music compositions, gags, lyrics, and music of all kinds, to set to music any verse, lyric, prose or part or parts of the Work and any characters thereof” (p. 4)

What this seems to mean is that New Line could go on making all sorts of sequels and spin-offs based on the appendices to LOTR, which is what seems to be implied by the statement that the series would cover story material prior to The Fellowship of the Ring. Indeed, the text is so vague that any story centered around the characters or places would be permitted. I presume that the new contract for the Amazon deal will not be quite so broad, but the appendices are part of the novel and hence should be fair game. Technically, New Line could presumably make theatrical films expanding upon the material in the appendices, but that has never seemed likely and is even less so with this TV series in the works.

On the message boards, legal eagle Voronwë the Faithful has pointed out that the original contracts included language that allowed the Purchaser to have an option to follow up with a television series within three years of the release of the last motion picture based on the trilogy or The Hobbit. The television rights were offered at a low price rather than the millions being rumored for the recent deal. The Battle of Five Armies was released in the US on December 17, 2014, so those prices should still be in effect—just barely. Voronwë offers some speculative explanations about why the original prices named are not still in force. But as he says, “We may never know the truth of the matter.”

By the way, the fact that television rights to TV movies were granted to Rankin/Bass may have had some effect on the terms of the contracts. Their animated version of The Hobbit was put into production in 1972 and premiered on NBC on November 27, 1977. Thus it became the first commercial moving-image adaptation of Tolkien’s work. 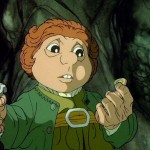 The firm intended from the start to do a second TV movie, which was originally titled Frodo, The Hobbit II, which went into production in the spring of 1978 and was shown on ABC on May 11, 1980. (It was not intended as a sequel to the only film produced by Saul Zaentz, The Lord of the Rings, released on November 15, 1978.) Possibly this two-part adaptation counted as serial television and somehow affected the terms of the contracts.

One last note. I believe that the name “Tolkien Estate and Trust” has caused some puzzlement. The Tolkien Trust is a charitable organization set up in 1977 by members of the Tolkien family. Despite the phrasing, as far as I know, the Estate and Trust are two separate entities.

For details on the history film rights’ passage from Tolkien and George Allen & Unwin to United Artists and thence to Saul Zaentz and ultimately to New Line Cinema, see Chapter 1 of my book The Frodo Franchise (2007) and my entry on film and television adaptations (Chapter 35) in Wiley Blackwell’s A Companion to J. R. R. Tolkien (2014).