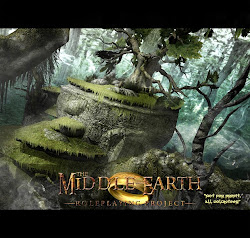 The Warner Bros. legal team has shut down the development of a free Lord of the Rings mod for Elder Scrolls V: Skyrim.

The all-volunteer, unpaid team of game enthusiasts behind the mod say they repeatedly attempted to negotiate a compromise that would allow them to proceed in some form, but Warner Bros. rebuffed all of their proposals. Warner Bros. first requested that the 40-person-strong development team cease all work on the project, called MERP (Middle-earth Roleplaying Project), in July.

“Modding” is a term used to describe when users unofficially adapt or alter a game beyond its original specifications. Modders will often create new characters, character skins, plotlines and dialogue, music or even entirely new worlds for their favourite games.

“But the mod itself will be available to all the fans for free.”

In a brief statement to PC Gamer, Warner Bros. VP of Public Relations Remi Sklar said: “While we appreciate our fans’ enthusiasm, we also need to protect our IP rights.”

Despite requests from TheOneRing.net, Warner Bros. declined to to answer any questions for this article regarding the C&D against MERP, or about Lord of the Rings game-modding.

Created solely out of love for Tolkien

“Everyone on the team is doing this because they love it,” Mr Hurst told TheOneRing.net. “A lot of the team have kids of their own and businesses of their own, and some are still in school, college and university. Everyone works on this in their spare time.”

MERP’s developers are currently consulting their own lawyer from the Organisation for Transformative Works (OTW). They hope to argue that MERP is “fair use” because it is what is called a “transformative work”.

They are also gathering signatures from fans petitioning Warner Bros. to reconsider its position. The petition has already gained more than 16,000 signatures. 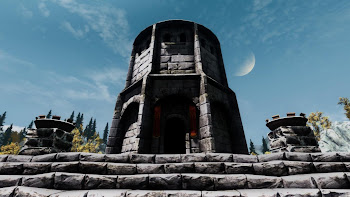 “The release of MERP into the marketplace will likely result in customer confusion and cannibalization with respect to such legitimately licensed LOTR/Hobbit games and will detract from the value proposition bargained and paid for by legitimate licensees of the LOTR/Hobbit properties.

Furthermore, projects and games like MERP will diminish and erode Warner Bros.’ ability to manage and protect the brand, reputation and quality of the LOTR/Hobbit properties that it has invested significant resources to cultivate over the years.”

Initially, Warner Bros. lawyers also requested an outline of the MERP mod developers’ plans, indicating they wished to “explore … ways to modify MERP to address our concerns from the intellectual property rights-holder’s perspective while, to the extent possible, allowing you to achieve at least some of what you wanted to accomplish with MERP.”

Mr Hurst says that MERP replied, asking what was infringing, and what could be changed.

“They dismissed our attempts at negotiation,” he said. “We sent them another letter asking if we could continue privately without any release, and they also denied that.”

MERP would base Skyrim players in the world of Middle-earth near the end of the Third Age, not long before the War of the Ring. Players would be able to become involved in a number of adventures related to the Ringquest, or just indulge in free-roam play.

An ambitious, world-spanning project aiming to be faithful to Tolkien

Mr Hurst said that the group was inspired to develop the Skyrim MERP mod because the current holders of Middle-earth IP — including Warner Bros — had failed to develop “any decent games which allow the player to traverse the whole of Middle-earth. We thought that we should make it ourself![sic].”

He said the team had generated 90 per cent of the Rohan landscape, and were working on detailing it and creating each of the villages and cities.

He said that existing games often departed extensively from book lore, pointing to examples such as “elves at Helm’s Deep and orcs casting magic fireballs.”

On the other hand, MERP aimed to be as close to Tolkien legendarium as possible with the design of buildings, locations and characters.

“It is a large project, but the final outcome is something which everyone wants to see,” Mr Hurst said.

Existing versions of MERP — initially developed and released for Elder Scrolls III: Morrowind and then Elder Scrolls IV: Oblivion — have been freely available since 2008.

One of the most popular game mods

“There is a mod site for lots of mods for multiple games ([hosting] around 17,000 mods), [on] which we consistently place between first and tenth place,” he said.

“If you take a look at Skyrim Nexus, you can see the vast amounts of mods that are available for the game. The same goes to its predecessor; Oblivion.”

“Mods such as large total conversions to Lord of the Rings, Pokemon and other previously made games seem to face these problems a lot of the time,” he said.

“The intellectual property holders always seem to send the cease and desist notices far into the development so that the fans waste as much time as possible on something they love.”