I normally do not post online petition links, but this one seems fairly straightforward, Jonathan sent this along: I saw that you had a story about the LOTR Conquest server shutdown (See ‘EA To Drop Online Support for LOTR:Conquest’ from Feb 17th). I play that game nonstop, we have spoken to EA and they said if we get 1000 signatures on a petition we could save the game. I was wondering if you could post another story with a link so true LOTR fans could help us out? Here’s the link. We have a semi big community if you want to check it out www.lotrconquest.proboards.com. The shutdown date is March 16th.

From THE CANADIAN PRESS: TORONTO – The most popular game rentals (all platforms) according to Rogers Video for the period ending Jan. 25.

Have you guys seen this new hands-on footage of LOTR: Conquest? It looks insanely fun, this is a hands-on with X=Xplay (G4 TV), and it reveals some new details about the game, such as a plan for lots of downloadable content. The game releases on January 13. END_OF_DOCUMENT_TOKEN_TO_BE_REPLACED 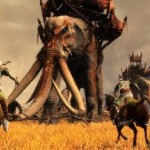