This past week (July 27) would have been Gygax’s 73rd birthday. Folks have been working to immortalize his legacy and the impact of D&D by building a memorial statue in Gygax’s hometown of Lake Geneva, Wisconsin. The next step is to raise money. This coming week at Gen Con in Indianapolis (the now massive gaming convention that Gygax founded), using the birthday as the impetus, the Gygax Memorial Fund will be at booth #1541 (the Old School Renaissance Group) to accept donations to get this statue built. END_OF_DOCUMENT_TOKEN_TO_BE_REPLACED 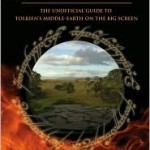 Lord of the Films author J.W. Braun (jwbraun.com) will be a guest author at Gen Con in Indianapolis August 5 – August 8. Braun will be signing copies of The Lord of the Films, his book about The Lord of the Rings movies, at the popular gaming convention. “I love meeting the fans of the Lord of the Rings films,” Braun said, “but I think they like meeting each other just as much. It’s fun when they gather around my table and we all talk about our favorite scenes.” Braun will be located in the Exhibit Hall in Author’s Avenue (next to the Art Show). Fans are encouraged to visit jwbraun.com for the latest details. Information about Gen Con can be found at gencon.com