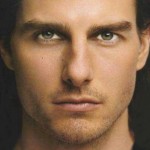 The pair could be talking about anything. Jackson could be giving Cruise advice on New Zealand real estate, they could be talking about “Dam Busters,” or the speculated-on “District 10,” that would serve as a sequel for the Jackson-produced hit “District 9.” Maybe he wants the juicy role of The Necromancer. Nobody really knows the reason behind the meeting but we do know everybody will be talking about it. You can read the article right here or you can read on for some more story. END_OF_DOCUMENT_TOKEN_TO_BE_REPLACED

Via WENN: Director Peter Jackson is hoping to give his upcoming Dam Busters remake a more “realistic” feel by making the movie in 3D. The Lord of the Rings moviemaker is working on a new version of the classic 1954 World War II epic, shooting the £24 million project in his native New Zealand. And he has revealed his is currently filming experimental three-dimensional footage and if the trial is successful, the whole movie will be given the special effects treatment. He says, “I think a World War Two bombing raid in 3D would be neat.”

From nzherald.co.nz: Scots actor James McAvoy is in talks to star in the new US$100 million ($131 million) Dam Busters film, it was reported today. The Scottish actor, who is tipped for an Oscar for his role as Robbie Turner in Atonement, has met director Christian Rivers and producers David Frost and Peter Jackson, the Daily Mail newspaper reports. ..The film, which may also star Ian McKellen as scientist Barnes Wallis, will be shot in Wellington, using replica Lancaster bombers built in China.