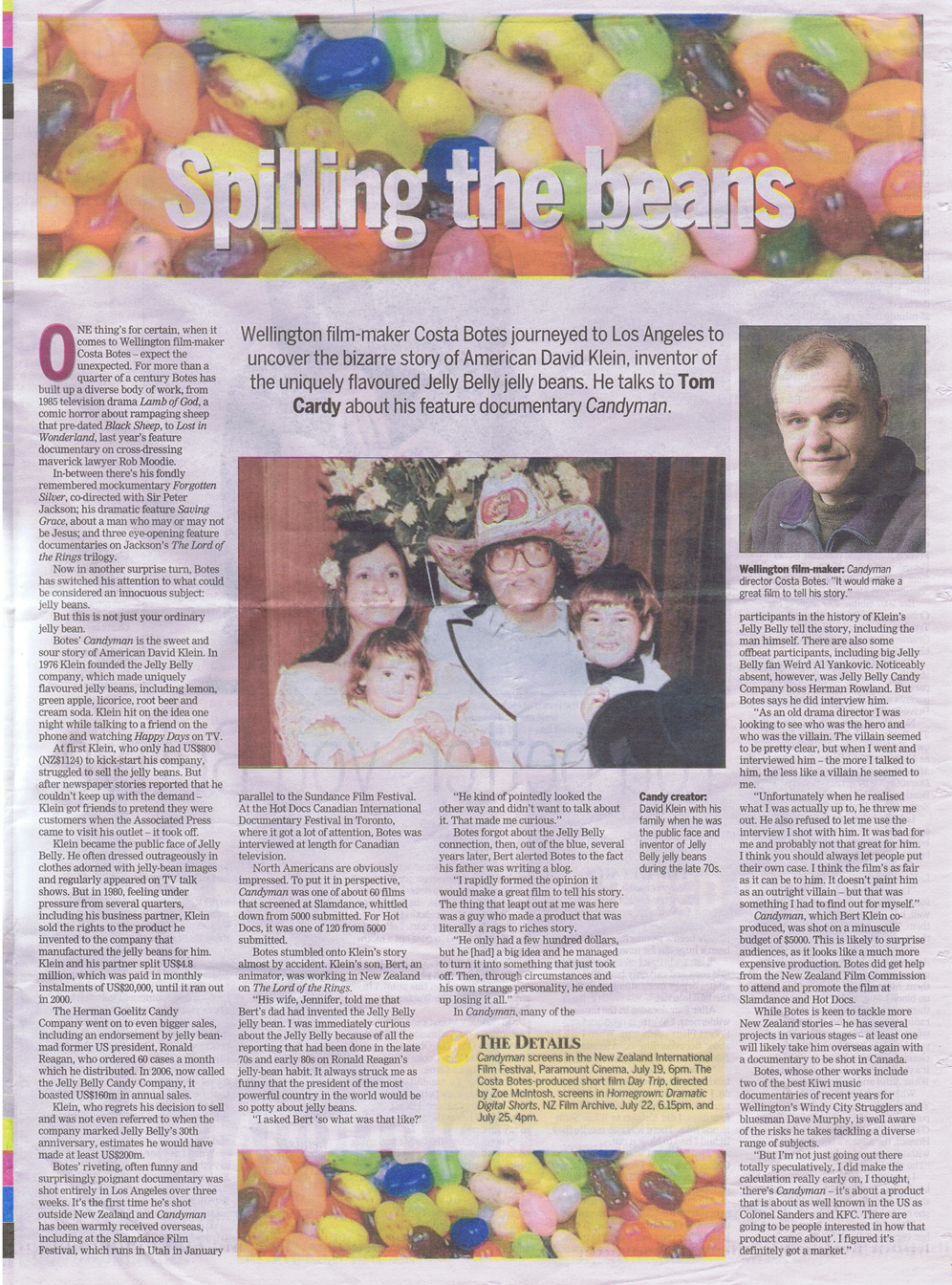 Linuxelf writes: Attached is a pic of an interview from yesterdays paper with Costa Botes, one of PJ’s personal friends, he did the behind the scenes footage on the LOTR:EE sets on his past movies and his up and coming feature documentary Candyman… Jellybeans!!

linuxelf writes: I’ve posted another interview, this time its with Costa Botes (he’s the one who recorded the bonus behind the scenes footage) added to the “2 Disc Lord Of The Rings Limited Editions” sets. I hope the bluray version of the EE’s will have more of his footage then the Limited Editions do. They only ever showed the ‘Fellowship of the Ring’ behind the scenes footage at a New Zealand film festival.

Paul Ward, Editor of NZ On Screen, writes: I thought I’d let you know that as well as a PJ and Fran bio, we have perspectives on his early films (written by a couple of his early collaborators, Costa Botes and Tony Hiles, amongst others) and we also have available to view Tony Hiles’s rare doco on the making of Bad Taste: Good Taste Made Bad Taste, (in full length).