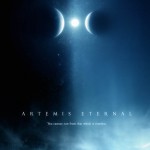 Note: Today marks an online event for an independent film in harmony with TORn’s roots and ideals. You can find the invite right here and read background about the production below.

Jessica Mae Stover is a force of nature. She is something like a hurricane or a tornado; she is an unstoppable force fueled by her passion and her vision and her belief. She is a revolutionary, an artist, a filmmaker and she feels a strong kinship with TheOneRing.net, and the all-things-Tolkien projects we exist to cover.

Like many of us, she sees the mammoth movie studios and much of what they churn out, and she knows something is broken. Like most of us, she loves the cinematic experience but feels that commerce, company and committees are directly defiling the quality of what we see in a theater. Unlike the rest of us, she isn’t content to accept the way things are; she is out to change the world.

We first talked at Comic-Con, me the reporter walking blindly into the hurricane of enthusiasm and belief and she and her handsome, magnetic lead actor Todd Soley at a modest table at the granddaddy event of popular culture. (They will be returning in 2009.)

The pair, and an army of supporters, are making a film. They are doing it outside of the studio system, in their own way. It is this passion to be independent of studio control that first drew and continues to draw her to TORn. She sees the power of the democracy of the internet and information in the hands of everybody and wants to make a film in the same way.

The film is a sci-fi fantasy story, “Artemis Eternal,” (www.ArtemisEternal.com) and instead of being paid for and supported by a studio it’s carried on the back of regular people who get the title of “Wingmen” for being part of the effort. They also get information and updates about the film and the satisfaction of supporting a non-studio film.

“We are always doing community stuff,” she said. “Wingmen are still getting, constant open dialog (about the creation process). Some are things they come up with and other things I distinctly ask for – like meet and greets – as we continue through exhibition and sharing the film, there is always stuff that I don’t foresee that I am taping the community for.”

Wingmen then, are those in the wide world who can catch and share Stover’s vision. It includes film editors working on days off, professional cinematographers who find time and heart to help Stover shoot and sound techs and costumers and lighting crew and the list goes on. The effort’s slogan “no wimps” definitely applies. But non-industry people help as well by providing financing for the project which does everything on a minimalist budget.

“Wingmen can contribute a $1, people can do as much as they want and be involved with me and each other – I don’t see myself stopping tapping them anytime soon.”

The theory goes that if a studio finances a film, it lays out its million but then suits own or interfere with the process and not the artists in the trenches. The revolutionary method “Artemis” is using dictates that everything be done for much less than would be possible in the studio system and instead of one entity with the purse strings, thousands have made small contributions, empowering the creators to make the best possible creative decisions.

It doesn’t take a stretch to see similarities between Stover and the four founders of TheOneRing.net. New Zealand native Erica (Tehanu) was following a similar vibe when she was exploring her country, taking pictures and speculating about where Peter Jackson and his crew might find glimpses of Middle-earth to include in their film adaptation of J.R.R. Tolkien’s “The Lord of the Rings.” It was the same spirit that led to the initial website with Mike (Xoanon) and led Chris (Calisuri) and Bill (Corvar) to help lay the foundation of what became the central fixture of on-line Tolkien fandom – even when studio pressure came.

Stover believes that TORn’s community, with its cohesiveness, intelligence and a love for good storytelling will want to support and join the Wingmen. At least one California-based TORn staffer has given enough financial support to get a dot on the film’s map and Stover made enough of an impression on a TORn founder that I was asked to speak and write about the team’s efforts. But how does a filmmaker get attracted to TheOneRing.net in the first place?

Stover, was solidly embedded in the entertainment industry at a young age on an AOL show called “Jessie’s Crush.” (Google it to find some videos.) The job of interviewing hearth-throb types (like Elijah Wood) gave her a front-row view of the promotional side of the film industry. As a result, she found herself hyper aware of two major productions.

“I was AOL’s teen darling, doing a lot of Harry Potter and LOTR stuff. I saw media kits and saw the films early – I was very green in the industry.”

She watched as Warner Bros. and New Line struggled with fan-sites and then watched as the studios realized that fans weren’t the enemy.

“The programmers at AOL were checking TORn and Leakycauldron and Mugglenet because we didn’t want to be behind. The community is faster. More people crawling the web and more people on the ground, get information faster.”

“It was a pivotal point where they started to come around. Now I think it’s how they can exploit the community. The online space has been taken over by studios; it was a really interesting time.”

But the promotion work for AOL took her into realms where she was less comfortable with the content she was helping to promote. Finally she decided to leave the gig behind.

“That was a hard decision. I have chosen the hardest path I could but I wanted to do things the right away. It was great and all but if you give up what you believe in to do it, or give negativity to get positives. I don’t want to build a church off a loan from the devil and give him some of the collection plate.

“Artemis is pure in that regard. That matters the most to me, but it’s not a popular talking point.”

The production hired a publicity firm and found that its grass-roots efforts served them better and has now fired the professionals and now forges ahead relying solely on its Wingmen again. TheOneRing will follow the production, checking in with Stover and her team from time-to-time.