The long-rumored movie museum for Wellington took a step toward realization after the team behind the dream presented its vision to the Wellington City Council.

Fans of the cinematic versions of Middle-earth will rejoice that the team behind the proposal is led by none other than Sir Peter Jackson and Sir Richard Taylor. The company, The Movie Museum Limited, or TMML, hopes to bring together material from the duo’s many film projects as well as their own “world-renowned movie collections,” according to a release after the meeting this week.

“There is a vast collection of incredible material from the world-famous movies that have been worked on by the companies in Miramar,” said project director George Hickton. “What is less well-known is that Peter and Fran (Walsh), Richard and Tania (Rodger) also have their own personal collections of film and television memorabilia which is one of the best in the world.” Richard Taylor and Peter with team on King Kong.

It is expected that the museum will offer both permanent and temporary exhibition spaces, a cafe, offices and a retail shop.

The presentation, according to the release, was part of considering a new site proposed for the museum that will also include a space for gatherings, such as conventions.

Hickton said Wellington has been known for world-class film making for two decades.

“For much of that time, the driving force behind Wellington’s success has been Peter Jackson and Richard Taylor and their partners Fran Walsh and Tania Rodger as well as the Weta Group of companies they established on the Miramar Peninsula.

“From small beginnings, Wellington is today a thriving centre of film-making creativity and excellence, creating thousands of jobs for New Zealanders and attracting major film and television productions and some of the best directors, producers, actors, artists and technicians from around the world.” Peter Jackson, Richard Taylor and their team on Heavenly Creatures

The concept means the Wellington City Council will provide TMML with a long-term lease of a building built with a museum in mind, constructed and owned by the council. The movie museum organization, if the proposal is accepted, would be responsible for setting up the museum, day-to-day operation and maintenance of the facility.

The hope would be to give Wellington a tourism draw, both to New Zealand and internationally. Readers of of TORn can probably imagine the appeal.

A three-story building is expected, with top floor dedicated to a meeting space for 1100 with the bottom two floors to house the museum with 10,000 square meters of space. The museum is near Te Papa, Wellington’s world-class museum and sit between Wakefield and Cable Streets.

More details, the release said, would be released once the council decides on the proposal and planning and construction begins.

TORn will update this story with more details as they are available. Click on any of the photos for a larger version. (Cinema fans, this is highly recommended.) 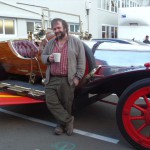 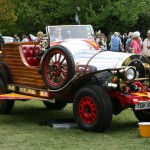 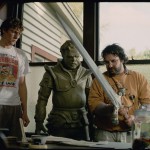 
This story is posted in the following categories: Fans, Hobbit Movie, Lord of the Rings, LotR Movies, Peter Jackson, Richard Taylor, The Hobbit No Comments » . Please click on a category name to view all stories related to it.