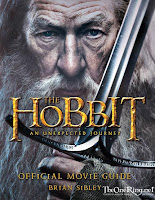 Following the publication in the UK of THE HOBBIT: AN UNEXPECTED JOURNEY ANNUAL 2013 on Thursday, the publishers of the film tie-in books have today ended months of speculation and revealed the covers to the full range of official tie-ins published this November.

On Tuesday November 6, four books will be published by Houghton Mifflin in the US and by HarperCollins in the UK, Canada, Australia and New Zealand. Then in December, Chronicles: Art and Design will be released.

See all the covers (and click through to our high-resolution gallery) below the cut. 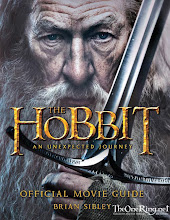 Enter Bilbo Baggins’ world through exclusive interviews with director Peter Jackson, Martin Freeman, Ian McKellen, and all the principal cast and filmmakers, who share film-making secrets and tales of what it was actually like making movie magic in Middle-earth. Lavishly illustrated with behind-the-scenes photos of the actors, locations, sets, creatures and costumes, the book is written by Tolkien expert and Peter Jackson’s official biographer, Brian Sibley. 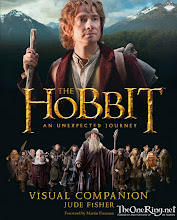 Join the hobbit, Bilbo Baggins, Gandalf the wizard and the Company of Dwarves on their Quest to recover treasure stolen by the Dragon, Smaug the Magnificent. Leaving the comfort of Bilbo’s home they must face many perils before they can claim their long-lost gold – Trolls, Elves, Goblins, Wargs, and worse… Written by former Tolkien editor Jude Fisher, this hardcover is richly illustrated with colour photos from the film, and features a brand new map charting the journey from Bag End to Wilderland.

The World of Hobbits 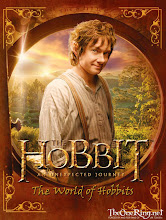 Younger readers can discover all about Hobbits in this friendly guide to their amazing world. Packed with photos from the new film, this book will tell you all you need to know about Hobbits – their appearance, appetites, homes, friends, deadly foes, and much more. 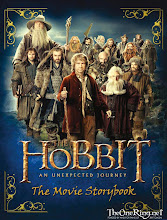 Relive the story of The Hobbit: An Unexpected Journey in this fantastic photo-filled storybook. Battling against Goblins, Wargs and other forces of evil, will Bilbo Baggins and the Company of Dwarves find the strength to help recapture the lost Kingdom of Erebor? With this amazing retelling of the movie, you too can visit Middle-earth.

Then, on Friday December 14, the ultimate film companion book — Chronicles: Art & Design — will be released worldwide by HarperCollins (under the prestigious HarperDesign imprint in the USA) 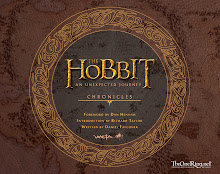 This sumptuous book celebrates the creative vision of Academy Award®-winning filmmaker Peter Jackson’s The Hobbit: An Unexpected Journey. It is packed with more than 1,000 images of concept artwork, photographs and development paintings by the artists working behind the scenes to bring Middle-earth to life, who each provide detailed and entertaining commentary that reveals the story behind the vision. Compiled by Weta Workshop senior concept designer Daniel Falconer, this is the first in a series of lavish hardback books written and designed by the award-winning team at Weta, who are working closely with the production team to guarantee that these books will be bursting with insider information and stunning visual imagery.

All five books are being published in multiple languages by many of Tolkien’s worldwide publishers, all released on the same dates, and we will to bring you more news about them as we get closer to publication.