Warner Bros. Interactive Entertainment unveiled today The Lord of the Rings Online™: Rise of Isengard™, the latest expansion to the award-winning free-to-play massively multiplayer online roleplaying game (MMORPG) developed by Turbine. Rise of Isengard will expand the online world of Middle-earth where players will join forces to press further eastward into the legendary region of Isengard. Rise of Isengard will be available for purchase in the LOTRO Store in the Fall of 2011 with an increased level cap, the new region of Isengard including the legendary tower of Orthanc, enhancements to monster play and much more!

“2010 has been a year of unprecedented growth for The Lord of the Rings Online with our successful introduction of a free-to-play option for our players,” said Kate Paiz, Executive Producer of The Lord of the Rings Online. “This is going to be another outstanding year for the game as we progress on our journey toward Mordor and it all begins with our upcoming November update. The journey will carry through 2011 ending with our arrival in the epic region of Isengard where players will confront the raging war and shadow that has spread across Middle-earth.”

The Lord of the Rings Online is the ultimate adventure. This award-winning massively multiplayer online role-playing game delivers an interactive experience brimming with life and filled with the familiar people, places and monsters from the most famous fantasy of all time. From the picturesque surroundings of the Shire to Moria, the most fearsome underground realm ever imagined, players can experience the world of Middle-earth for free! For more information, visit www.lotro.com. 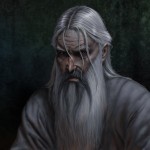 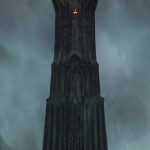