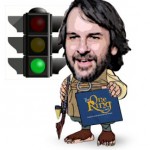 TORn staffer Garfeimao has some thoughts on what comes next for fans as “The Hobbit” moves into its new status as a full-fledged in-production film. She writes:

So now we have the greenlight, what comes next?

When the Hobbit was first announced two years ago, it didn’t take long for fans to start fantasy-casting the project. At the time, no one really understood the scope of how long it actually takes to get a project of this size and magnitude off the ground. And under normal circumstances, it was only supposed to take a year, which we now know stretched into more. With the greenlight on the project now, the casting can begin in earnest, or at least, once the Actor’s Equity situation is resolved one way or another. That should be the last hurdle in the way of this project getting off the ground and moving forward. But what really does come next?

I would expect the next tangible announcement to be a resolution to the Actor’s Equity question in New Zealand. Without this resolution, there is no certainty of where the films will be shot or if any actors under consideration will risk censure from their respective Unions or Guilds. My guess, and I’ll emphasize that this is a guess, is that the resolution is very near simply based on the fact that the studios felt confident in announcing the greenlight without the resolution finalized. Heck, the studios didn’t even wait for the MGM bankruptcy situation to get underway. I do not want to conjecture which direction this Actor’s Equity resolution will fall on, but it does need to happen in order to clear the way for casting to begin.

So on to casting our beloved story. A quick look at our message boards and through our main page archives will show a lot of discussion has been happening on this front for two years now. TORn’s panels at San Diego Comic Con and DragonCon have been full of casting rumors and wish lists the past two years. There were endless discussions and wish lists for LOTR, so clearly it’s The Hobbits’ turn. And after the wish lists, will come the actual announcements and then the debates on the merits of these decisions. Every casting announcement will be greeted by equal parts Huzzah, Boo Hiss or Who’s That. PJ and company assembled a cast sprinkled with veteran actors and unknowns who came together to give us picture perfect portrayals of beloved characters. But he did one other thing we tend to overlook, he cast a Fellowship.

After filming was over and the push to release the films was on, stories came out on how some of those actors were cast, and why. PJ knew this was going to be a long film shoot, he knew that many of these actors would be thrown together for long periods of time, and he wanted to make sure the onscreen relationships rang true. So not only did he hire competent actors for the roles, but he cast people he thought would come together as a Fellowship. Sean Astin was a bit older than the other Hobbit actors and a father, which lent itself well to his role as Frodo’s protector. Viggo Mortenson, brought in at the last moment, brought with him his Indie film roots, his work ethic and his natural intensity and leadership. Heck, he carried his sword around in town at the end of each day, freaking out local Police, and he initiated a camping night to bond with many of the other actors the way the Fellowship had bonded on their long journey under the stars. PJ knew he had to have more than just actors, he was considering the chemistry during the casting as well.

I see no reason to believe PJ and company won’t do the same thing again with The Hobbit. After all, amongst the Dwarves, there are family groups, so you can bet there will be some consideration to make sure that the family pairs get along the way you’d expect, on and off the screen. We may all have ideas in our heads on who these characters are and who might be best to play them, but I think PJ and company have earned our trust that they will put together a cast that works they way it’s supposed to work.

When the cast announcements begin, the inevitable debates will begin amongst the Huzzah and the Boo Hiss crowd. That’s fine, everyone is entitled to an opinion, but I’d just like to caution you all to be civil and not take any of it personally. I’d also like to remind you that none of us have read the script and therefore we don’t know if book character and script character are the same or not. Furthermore, none of us will be present during any of the auditions, the readings, the screen tests and the interviews, so none of us are in any position to actually judge if an actor is right or wrong for a part. At this stage of the game, our opinions matter not one iota, and I’m fine with that. I trust PJ and crew implicitly, they’ve earned it and I’m going to give it to them. I look forward with relish to the impending casting announcements, this is going to be a very exciting next few months to be a Tolkien fan, to be sure.