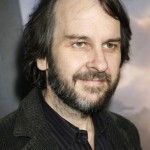 It’s been decided–the movie adaptation of J.R.R. Tolkien’s The Hobbit will (thankfully!) be directed by The Lord of the Rings director Peter Jackson.

Unfortunately, the movie still has another obstacle in its way before a February start date can be confirmed for filming. Warner Brothers’ New Line Cinema unit and MGM are financing the film project–which will be broken into two movies–and a budget has already been drawn up for filming in New Zealand. Yet it seems that a union dispute could prevent local actors and contractors from signing on.