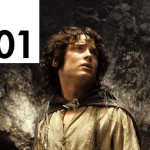 Empire Magazine asked their readers to vote on their favorite movie trilogies and Peter Jackson’s ‘The Lord of the Rings’ has taken the top spot. LOTR beat out other film trios such as the original Star Wars films (2), Back to the Future  (3), Toy Story (4) and The Godfather (5). Not that we are biased or anything, but we believe the results came out as they should! Check out the full list over at Empire Online. Thanks to Ringer Mikstan for sending us the link. [33 Greatest Movie Trilogies] [LOTR Top Spot]