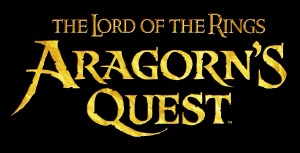 In The Lord of the Rings: Aragorn’s Quest, players become the legendary Aragorn as they embark upon a single player quest reliving the hero’s most valiant battles from The Lord of the Rings trilogy. This action combat game allows players to defend Middle-earth against Sauron’s evil forces using their mighty sword. Progressing through the game, upgrades can be made to Aragorn’s weapons, armor and combat skills to fit individual fighting styles.

From the young warrior Strider to the valiant King, every skirmish matters on the adventure to reign supreme!