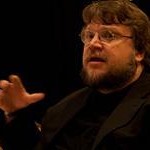 Ain’t It Cool News sat down with Guillermo del Toro to talk about his upcoming projects and other topics, including The Hobbit.  As in other interviews, Guillermo expressed disappointment over his departure but reiterated his confidence in ultimately making the correct decision.

However, he did mention there is still involvement in The Hobbit.  Not directing, of course.  And he would still love to see Peter Jackson take the reins.  Del Toro says he’s still “an active writer” as well as “an active partner in their quest” to get The Hobbit made.  He also remarked that while he is in favor of 3D overall, he felt it would be inappropriate for The Hobbit.  He said “it needed to be consistent with the trilogy” and that if used it could take “a little bit away from the classicism of the tale”.

You can read the entire interview here.