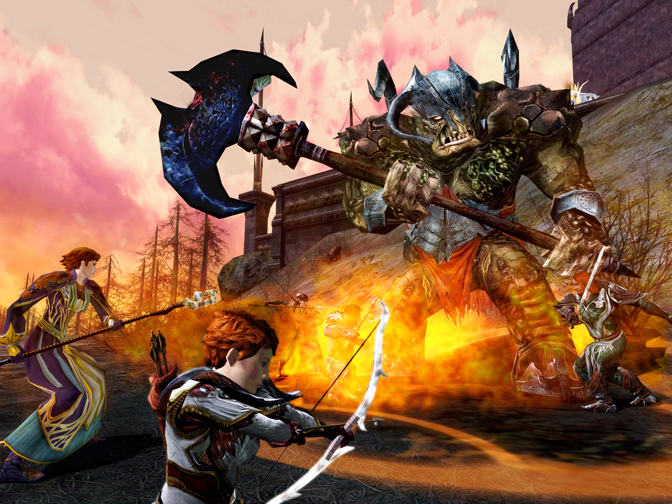 Today, Turbine announced the release of the newest Volume in the epic story of The Lord of the Rings Online (LOTRO). Volume III: Allies of the King begins a new adventure for subscribers, who can now experience Book 1: Oath of the Rangers, the next major content update for the award-winning MMO.

FOR IMMEDIATE RELEASE
TURBINE RELEASES VOLUME III, BOOK 1: OATH OF THE RANGERS
Next Major Update Goes Live for Subscribers of The Lord of the Rings Online™

WESTWOOD, MA – March 1, 2010- Turbine, Inc. announced today the release the newest Volume in the epic story of The Lord of the Rings Online™ (LOTRO). Volume III: Allies of the King begins a new adventure for subscribers of LOTRO who can now experience Book 1: Oath of the Rangers, the latest of Turbine’s frequent and substantial updates to the award-winning MMORPG. Book 1 builds on the success of the critically acclaimed Skirmish system with the introduction of Duo Mode and four new 12-player Skirmishes, new high-level skills and recipes and the Spring Festival. Book 1: Oath of the Rangers is now available to subscribers of The Lord of the Rings Online.
“2009 was another outstanding year for LOTRO with Siege of Mirkwood™ earning us another game of the year award while driving solid growth in the population of Middle-earth,” said Aaron Campbell, Live Producer of The Lord of the Rings Online. “Today we continue our journey with the introduction of the third volume of our award-winning story and the addition of new epic battles as we expand our popular Skirmish system. There has never been a better time to play LOTRO!”

NEW FEATURES IN BOOK 1: OATH OF THE RANGERS:

The Lord of the Rings Online is the ultimate interactive adventure. This award-winning massively multiplayer online role-playing game delivers an interactive experience brimming with life and filled with the familiar people, places and monsters from the most beloved fantasy of all time. From the picturesque surroundings of the Shire to Moria, the most fearsome underground realm ever imagined, players will experience the world of Middle-earth as never before. For more information or to download a free trial, visit www.lotro.com.

About Turbine
Turbine, Inc. is the premier creator and operator of massive, persistent online worlds that foster powerful social gaming communities. Turbine is the largest privately-held online gaming studio in North America and has created some of the world’s most popular and award-winning online games, including The Lord of the Rings Online™, Dungeons & Dragons Online®: Eberron Unlimited™, and Asheron’s Call®. For more information on Turbine, its products and services please visit www.turbine.com.