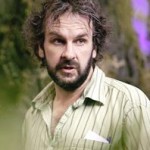 Peter Jackson is tired. ‘He’ll probably lie on that,’ says his PA, indicating a voluminous sofa that dominates the London hotel suite we’re meeting in, and sure enough, no sooner is Jackson through the door than he’s curling himself into its contours and taking pallid sips from a cup of milky tea. He flew in from his native New Zealand the previous day and, as he gets older – he’s 48 now – his jet lag gets worse. ‘It’s particularly bad this time,’ he says, in his soft Antipodean lilt. ‘I mean, I couldn’t even stay awake for Top Gear on television last night and I love that show.’ More..